The Historical Development Of Epidemiology

In the previous article, the epidemiological definition was presented. At this time we will discuss the Historical Development Of Epidemiology. 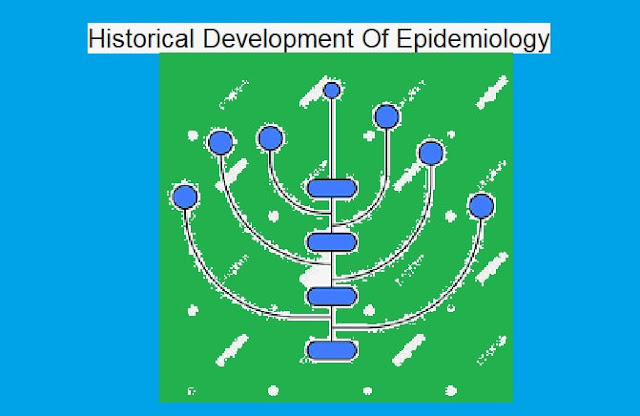 Epidemiology is a science that has been known through historical records in ancient times and even developed together with medical science because these two disciplines are related to one another.

The following is the History of the Development of Epidemiology

He was named the father of modern medicine and put forward a theory about disease, namely that disease occurs due to contact with living bodies and is related to a person's external and internal environment.

There were discoveries in the fields of microbiology and parasitology, in which these scientists succeeded in proving microbes as the etiology of infectious diseases

Develop a routine data collection system on the number and causes of death, as well as the application of vital statistical data to evaluate public health problems

Developing epidemiology systematically for the purposes of designing, conducting and analyzing epidemiological research, the results of well-known research on cardiovascular disease risk factors, have stimulated the development of multivariate analysis with logistic regression analysis, to determine the most dominant risk factors

Thus the discussion on the Historical Development Of Epidemiology. Hopefully useful