How to Pray and Procedures in Islam

How to pray in Islam? The meaning of praying is asking or asking for help from Allah SWT, but that does not mean that only people who are affected by disaster are worthy of praying. As a Muslim we deserve to pray even if we are in good health. 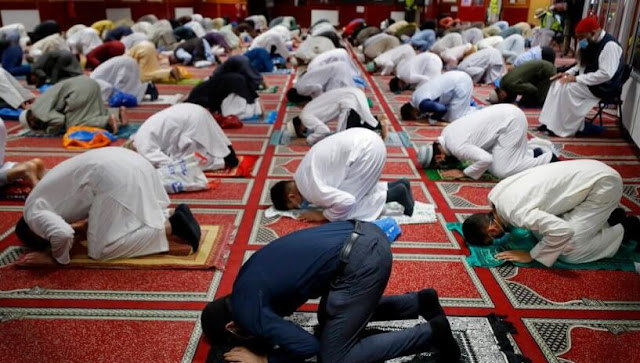 Prayer is the most essential element in worship. As the words of the Prophet Muhammad "Prayer is worship" and "There is nothing most honorable in the sight of Allah, except praying to Him, while we are in a state of ease"

So that the prayers that we pray can be granted by Allah SWT, then in praying we must pay attention to the main things before we pray. The things that need to be considered before praying include: procedures, time and place to pray.

How to Pray in Islam

This is based on a hadith "The Messenger of Allah came to the place of wuquf in Arafah and he faced the Qibla and then continued to pray until the sun went down."

One of the Companions of the Prophet said: "When the Prophet Muhammad was sitting in the mosque, suddenly a man came in, and he prayed. After he finished reading the prayer, 'Allahummaghfirlii warhamnii'. At that time the Messenger of Allah said, O friend, you are in a hurry. If you pray, sit down first and then recite the praises to Allah. Because he is the one who has the praise, then you read shalawat to me then pray. Then another person comes after the prayer he praises Allah and reads shalawat for Prophet Muhammad saw, and after that the Prophet said, Pray will be fulfilled."

With a soft voice and fear.

The word of Allah SWT which reads:

Meaning: "Call (pray) to your Lord with humility and a soft voice. Verily Allah does not like those who transgress limits. And do not do mischief on earth after (Allah SWT) has repaired it, and pray to Him with a sense of fear (not accepted) and hope (will be granted). Verily Allah's mercy is very close to those who do good." (Q.S. Al A'raf: 55-56)

Sure will be fulfilled

In praying we must believe and have a good attitude towards Allah, as in the following hadith: "Verily Allah 'Azza wa Jalla says: I will follow My servant's prejudice against Me. And I will always be with him when he prays to Me".

Such is the understanding, how to pray and the procedure for praying in Islam. In Islam, prayer is something very important in worship besides effort and surrender to Allah.