by dimasmis 21:08 Post a Comment
How to use chkdsk in windows 10 for Repair Error Disk? In the previous discussion, misnia.com gave a tutorial on Hard Drive Repair and Check With Fast and Easiest regularly using cmd and Windows Explore.

Well, on this occasion we will provide a tutorial that is almost the same but different, namely on how to use chkdsk on the Windows 10 operating system to detect and repair and also rebuild an error boot sector or bad sector.

On your computer or laptop there is a data storage media known as an internal hard disk. Where there are millions of bits of data. Anything can happen to your computer. It is not uncommon for data to be lost or an error occurs, the battery runs out, the power goes out, the operating system is damaged, the application is corrupted, the virus, the trojan. These various circumstances can cause errors on your computer's hard disk. therefore you need to perform regular hard disk maintenance, one of which is chkdsk in windows.

What are the causes of hard disk errors?

Some of the things that are often the cause of errors on storage disks include:

You need to know that a hard disk drive (hdd) is more at risk of physical damage when the disk spins and data is physically written on it (filled with data), the more data, the more potential for physical damage to occur.

Hard disks with the Solid State Drive (SSD) type already use a memory chip that is used to record data such as RAM, so this SSD tends to be unstable, which means the data will be retained even when your computer is dead.

Tutorial how to Use CHKDSK in Windows 10

Before demonstrating the tutorial above, a little knowledge about CHKDSK. This is a tool provided by the Windows operating system which essentially functions to perform a low-level scan on the hard disk or other similar storage media to search for, find and repair any errors, errors or damage to the hard disk both external and internal.

So, this CHKDSK utility can detect physical and data damage and fix errors that occur on the hard disk. When there is damage to the hdd, through CHKDSK it can mark the parts of the disk that are physically damaged so that the Windows system knows not to use the damaged part or error. This happens when the hard disk is damaged and really can't be repaired.

Below is a tutorial on how to use the chkdsk command in Windows 10. Read the complete step by step below: 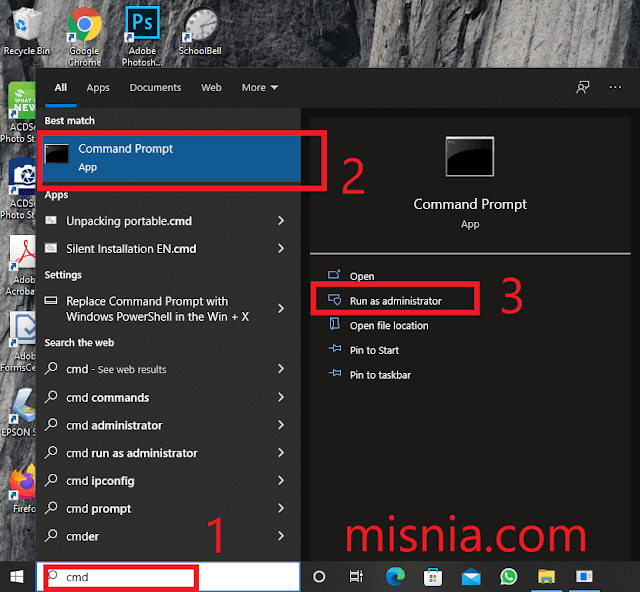 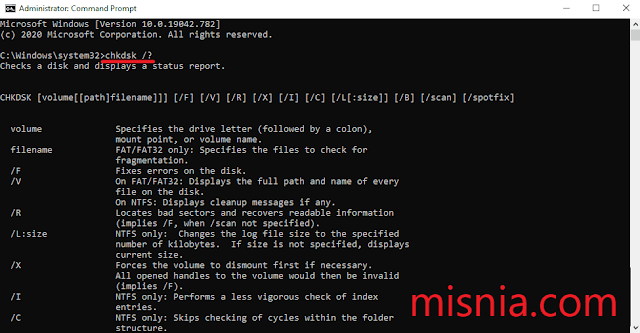 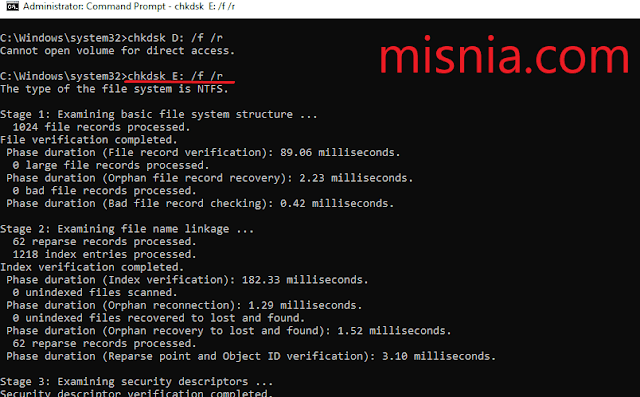 If you run the CHKDSK command on drive C or the drive that contains the operating system that is being used, then the command will run after the computer restarts or reboots and this CHKDSK will run before Windows or the computer starts.

The following is a screenshot of what it looks like when you run the CHKDSK command on drive C: 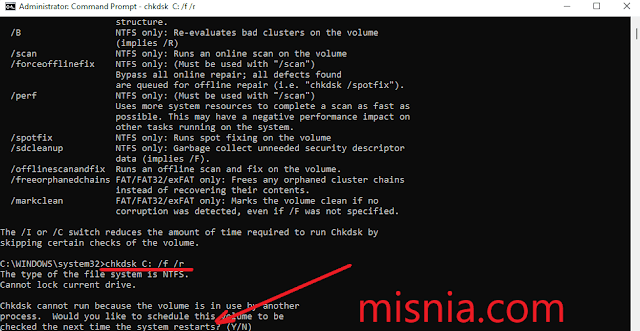 Do more with CHKDSK

When you run the command CHKDSK /? In CMD, you will see there are many other commands that you can use to do more with this useful utility software for your computer.

An example for example, adding the command /x. If you give the command "chkdsk D: /f /r /x" and press the enter key, then this command means. This option of the chkdsk command will fix any errors found on the disk. The following is a detailed description of the command above:

That is a little tutorial on how to use chkdsk in windows 10 for Repair Error Disk. This utility tool is very useful for computer users who in addition to knowing the health condition of the hard disk drive can also fix it when an error occurs, damages even bad sectors.

You can implement the above tutorial on all Windows operating systems. Including Windows XP, Windows 7, Windows 8, 10, 11 and other versions.