The Development of Public Health in Indonesia

by dimasmis 20:06 Post a Comment
Public health according to Winslow (1920), Public Health is the science and art of preventing disease, prolonging life and promoting health through “Community Organizing Efforts” to; Improvement of environmental sanitation, Eradication of infectious diseases, Education for personal hygiene, Organizing medical and treatment services for early diagnosis and treatment, Development of social engineering to ensure that everyone is met with the needs of a decent life in maintaining their health. 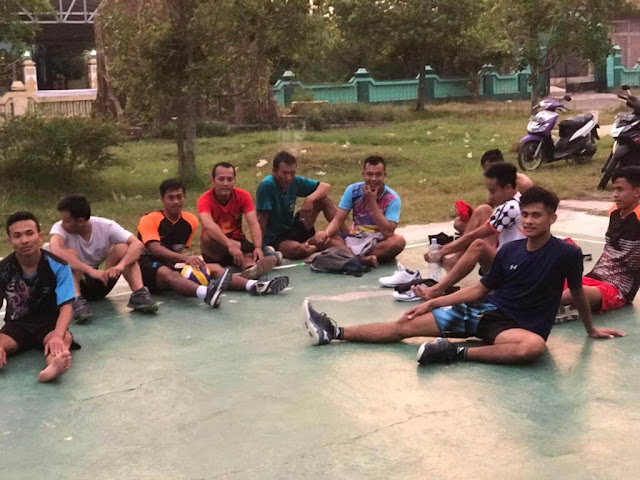 Development of Public Health in Indonesia:
16th century – Dutch government makes efforts to eradicate smallpox and cholera. By carrying out public health efforts.
1807 – The government of General Daendels, conducted training of traditional birth attendants in the practice of childbirth in an effort to reduce infant mortality, but it did not last long due to the scarcity of trainers.
1888 - Established a medical laboratory center in Bandung, then expanded in the following years in Medan, Semarang, Surabaya, and Yogyakarta. This laboratory supports the eradication of diseases such as malaria, leprosy, smallpox, nutrition and sanitation.
1925 – Hydrich, a Dutch government health officer developed a pilot area by conducting health education propaganda in Purwokerto, Banyumas, due to the high mortality and morbidity rates.
1927 – STOVIA (school for the education of indigenous doctors) turned into a medical school and finally since the founding of UI in 1947 it was changed to FKUI. The medical school has a big role in producing workers (doctors) who develop the health of the Indonesian people
1930 – Registration of traditional birth attendants as birth attendants and care 1935 – The bubonic plague eradication program was carried out, due to an epidemic, by spraying DDT and mass vaccination.
1951 -Introduction of the concept of Bandung (Bandung Plan) by Dr.Y. Leimena and Dr. Patah (later known as Patah-Leimena), whose point is that in public health services, curative and preventive aspects cannot be separated. This concept was later adopted by WHO. It is believed that this idea was later formulated as the concept of developing a primary level health care system by establishing functional organizational units from the District Health Office in each sub-district which was developed in 1969/1970 and later called Puskesmas.
1952 – Intensive training of traditional birth attendants
1956 – Dr.Y.Sulianti founded the “Bekasi Project” as a pilot project/service model for community health development and training centers, a model of integration between rural health services and medical services.
1967 – The seminar discussed and formulated an integrated public health program in accordance with the Indonesian people. The conclusion of this seminar was the agreement on the Puskesmas system consisting of type A, type B, and C health centers.
1968 - The National Health Work Meeting, it was stated that Puskesmas is an integrated health service system, which was later developed by the government (MOH) into a Community Health Service Center (Puskesmas). The Puskesmas is agreed as a health service unit that provides curative and preventive services in an integrated, comprehensive and easily accessible manner, within the working area of ​​the sub-district or part of the sub-district in the municipality/regency.
1969: There are only two Puskesmas systems, namely type A (headed by a doctor) and type B (managed by paramedics). In 1969-1974, known as the Pelita 1 period, the Puskesmas health program was started in a number of sub-districts from a number of districts in each province.
1979 There is no distinction between Puskesmas A or B, there is only one type of Puskesmas, headed by a doctor with 3 puskesmas stratification (very good, average and standard). Furthermore, the Puskesmas is equipped with other managerial tools, namely Micro Planning for planning, and Mini Workshops (LokMin) for organizing activities and developing teamwork.
In 1984, an integrated health and family planning package program was developed at the Puskesmas (MCH, KB, Nutrition, Diarrhea Management, Immunization).
In the early 1990s, Puskesmas was transformed into a functional health organization unit which is a center for community health development that also empowers community participation, in addition to providing comprehensive and integrated services to the community in its working area in the form of main activities.
Public health cannot be separated from two Greek figures, namely Asclepius & Higeia:
1. Asclepius (Curative Approach)
2. Hygeia (Preventive Approach)

1. The period before science
2. The period of science
The rise of science at the end of the 18th century had a wide impact on aspects of human life. Some of the pioneers of modern health:

The Development of Public Health in Indonesia

Public health in Indonesia began with the Dutch government in the 16th century. It had begun with the eradication of smallpox and cholera, which the people were very afraid of at that time.
Entering the era of independence, one of the important milestones in the development of public health in Indonesia was the introduction of the concept of Bandung (Bandung Plan) in 1951 by Dr. Y. Leimena & Dr. Broken hereinafter known as Broken - Leimena. It states that public health services, curative aspects and preventive aspects should not be separated either in hospitals or in health centers.
In 1956 by Dr. Y. Sulianti established the Bekasi project (to be precise, weak brother) as a pilot project or service model for rural community health development in Indonesia and as a center for training health workers. This concept is a model or concept of integration between rural health services and medical services, also emphasizing a team approach in program management.
In 1967, a seminar was held to formulate an integrated public health program. The concept of Puskesmas was created by Dr. Ahmad Dipodilogo which refers to the concept of Bandung and Bekasi.
In 1968, the National Working Meeting was held which determined that the Puskesmas was an integrated service system which was later developed by the government into a Community Health Service Center.
In 1984, the responsibility of the puskesmas was increased by the development of an integrated health and family planning package (Posyandu).
Such is the development of public health in Indonesia