In this chapter we will discuss common Digestive System Problems and ways of Treatment and prevention that you can use as a guide in dealing with problems that often occur in your digestive system.

Digestive diseases are all diseases that occur in the digestive tract. This disease is a large group of diseases of the oesophagus, stomach, first, second and third part of the duodenum, jejunum, ileum, colon, sigmoid colon, and rectum.

Diarrhea occurs due to excessive stimulation of the intestinal mucosa so that intestinal muscle movement increases and food is not absorbed completely. Diarrhea is one of the most common digestive disorders, especially in children. Acute diarrhea if the child has diarrhea more than 4 times a day. The cause can be infection, it could also just be due to eating wrong, for example food that is not suitable for the child's age, for example, has been given solid food prematurely.

The hygiene factor is also a cause of diarrhea. Diarrhea caused by bacteria or eating wrong is the main cause of digestive disorders in children under 5 years old (toddlers). In addition, there is also diarrhea due to worms.

ORS contains glucose, sodium, potassium, and bicarbonate to replace fluids lost through bowel movements. While in water, sodium and potassium go down. Children can even have seizures, bloating, and weakness if only the water is replaced. 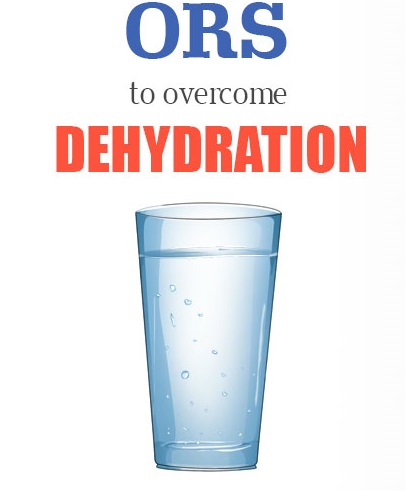 Which also must be considered, do not equate the composition of ORS for children and adults. "In children, the sodium is lower. So, if you have 2 tablespoons of diarrhea, don't give a glass of ORS, half a glass of diarrhea, don't give three glasses of ORS. The result is hypersodium, the child might fall into a coma. Fluid needs are adjusted to ORS.

Constipation is a disorder of the digestive system with symptoms of hardening of the stool that is difficult to remove which can cause pain in the sufferer. Constipation can be caused by diet, hormones, side effects of drugs, and also due to anatomical abnormalities. Usually, constipation is caused by irregular bowel movements so that the stool hardens and is difficult to pass. Treatment of constipation can be done by changing diet, laxatives, fiber therapy, and surgery, although the latter option is rarely used. Severe constipation is also known as constipation. Disturbances in the digestive system can also be caused by stress. Because stress can affect the nervous system in the body. While the treatment for difficult bowel movements, it must first be seen what the cause is.

Hemorrhoids or hemorrhoids are dilation of the veins in the blood vessel network. The first complaint was fresh blood dripping after defecation. Usually without pain and itching in the anus. Prevention is the need for a high-fiber diet by eating vegetables and fruits that aim to make the stool volume large, but soft, so that during defecation, because there is no need to push can stimulate hemorrhoids.

Colon cancer is the third leading cause of death worldwide. Previous research using animals as an experiment, the calcium content found in milk can protect the intestines from cancer. Studies in humans also show the overall amount of calcium consumed is very positive in reducing the level of this milk cancer risk. Each increase of 1,000 milligrams of calcium a day or more will reduce the risk of colon cancer by 15% in women and 10% in men. Consumption of milk and calcium can reduce the risk of colon cancer. Cheese and yogurt are also processed products from milk.

The best way to prevent and reduce the risk of colon cancer is to eat a balanced diet of fruits, vegetables, and calories. to break down the fat accumulation process.

By knowing Digestive System Problems, how to prevent and treat them, then you will be able to take prevention and treatment as early as possible to prevent the disease from becoming more severe.