The History of Food Technology From Primitive to Modern

dimasmis
Tuesday, April 13, 2021
Facebook Twitter
How about The History of Food Technology in a nutshell? The application of simple food technology has been started since primitive times, in which people moved and settled in one place for a certain period. When they settled down, they made a house. 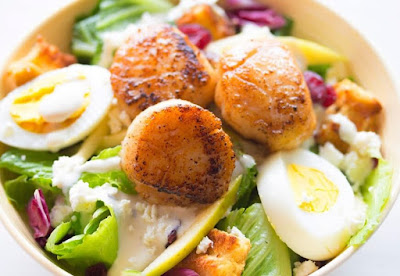 Farming and hunting are done to meet food needs. There are crops that are stored and for seed purposes. If the place they live in is not fertile, they move to find a fertile place by bringing food and seeds to be sown in a new place. And so on. In the end, humans began to live permanently in a place. Starting to store agricultural products in barns such as rice and wheat.
But this is not the case with animal food, vegetables and fruit, which are very perishable and do not last long, especially in the summer. Then finally they take advantage of the sun's heat to dry food, especially meat and fish, so that they can be stored for food supplies during the dry season.
The drying method is called one of the oldest (primitive) food preservation methods because until now it is still being done, but now it is accompanied by or in combination with other preservation processes such as salting salted fish, cultivating dried candied fruit, and so on.

The History of Food Technology in Modern

The history of modern food technology began when Nicolas Appert (1804) canned food, a process that is still ongoing today. But at that time, Nicolas Appert did not apply it based on science related to food. The application of food technology based on science was started by Louis Pasteur in 1861.
Louis Pasteur explained that heating can actually kill microbes and closing the bottle tightly can prevent the entry of food microbes. With this statement came the food preservation mechanism with the term pasteurization in which the technique involved a lower temperature than the Appert sterilization temperature.
So that the pasteurized food has a better taste than the Appert method. Then the technique is applied to preserve acidic foods such as fruit and pickles. Because these products are naturally acidic, they have the power to kill microbes so they no longer need total sterilization.
This conclusion was sparked when trying to prevent microbial damage to wine fermentation facilities after conducting studies of infected grapes. In addition, Pasteur also discovered a process called pasteurization, which is heating milk and its products to kill the microbes in it with minimal changes in the nature of the milk.
This is a brief description of The History of Food Technology, which started from primitive times to modern times today.
Facebook Twitter