Service and Stroke Variations in Badminton

dimasmis
Sunday, April 25, 2021
Facebook Twitter
The following are a few variations of the serve technique, net hit, Chop or Drop shot and lob. Let us observe and study the technique carefully.

A serve stroke is a shot with a racket to fly the shuttlecock to the opponent's field diagonally to open the game. The following are the types of serve strokes in badminton. 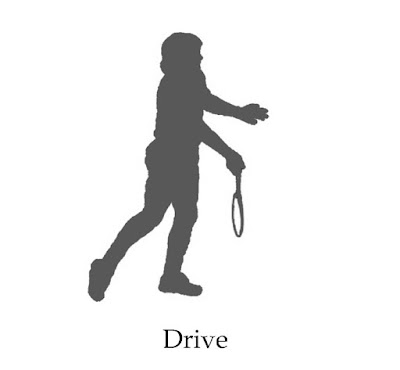 The goal of the serve drive is to hit the lock quickly, horizontally, and over the net as thin as possible. The target is the angle of points where the back line and the center line of the field intersect. The way to do this serve is to throw the shuttlecock some distance from the body. Arms move freely and freely in swinging the racket.
Short serve in Badminton
The short serve is the service where the shuttlecock passes thin across the net. The stroke directs the shuttlecock to the corner where the front service line intersects with the center line or the service line and the margins. We can do a short serve in the following way. 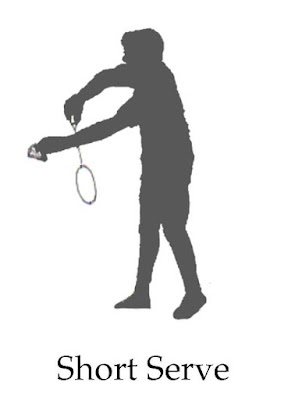 Long serve in Badminton
Long service aims to fly the shuttlecock as high as possible so that it falls into the back line of the opponent's field. In singles play, the long serve is done by hitting the full kick. For a long serve shot you can do the following.
Lash serve in Badminton
The whip service flies the shuttlecock back. The result of this blow can confuse the opponent so that the knock falls without the opponent realizing it. The target of this service is the angle of intersection of the edge line with the back line and the angle of intersection of the back line with the center line. This service is the same way with normal service. However, a sudden blow is whipped when the racket hits the lock. 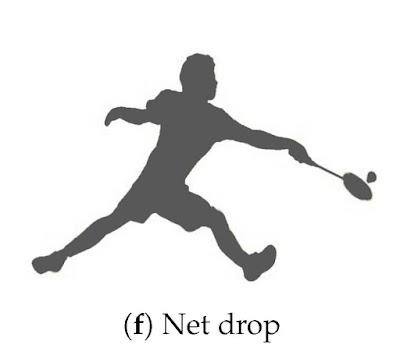 A net stroke is a short shot that is taken at the net and directed to the front of the net in the opponent's area. The estimate of the shuttlecock fall should be as close to the net as possible. As you are about to make this stroke, step your right foot closer to the net, bend your knees, keep your legs straight behind you, and your arms extended forward toward the shuttlecock. This type of stroke can be done with a forehand or backhand, it's just that when you hit the wrist slightly raised slightly.

A drop shot is a shot that directs the shuttlecock into the opponent's area as close to the net as possible. The motion of the punches is almost the same as the lob, but at the point of contact the racket is tilted slightly and requires a feeling for the shuttlecock to slide slightly over the net, making it difficult for the opponent to reach.

The lob hit in Badminton 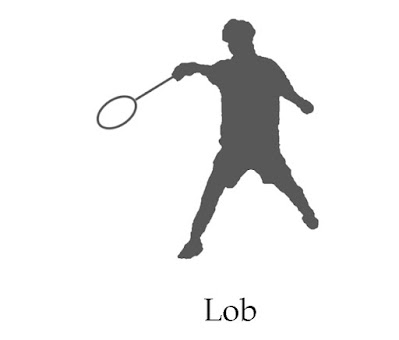