dimasmis
Tuesday, April 13, 2021
Facebook Twitter
Is it important to study food? The answer is yes, very important. Why? To answer that, let's start with the idea of ​​a Green Revolution. The Green Revolution which was born in the 70s, also known as the agrarian revolution, is a change in farming methods from traditional methods to modern methods to increase agricultural productivity. 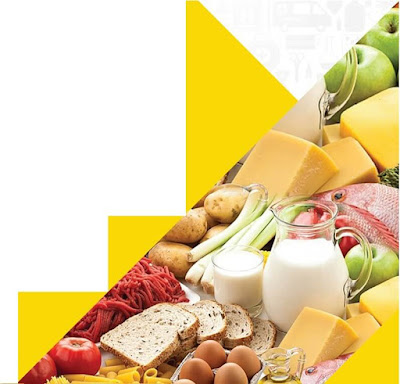 Another definition states that the green revolution is a revolution in grain production from scientific discoveries in the form of new superior seeds from wheat, rice, and corn varieties that have an impact on high yields. The goal of the green revolution is to increase agricultural productivity by means of research and experimentation on superior seeds.
The idea of ​​a green revolution stems from the research and writings of Thomas Robert Malthus (1766-1834) who argued that “Poverty and destitution are problems faced by humans caused by an imbalance of population growth with an increase in agricultural production. Population growth is very fast calculated with a series of measurements (1, 2, 4, 8, 16, 32, 64, 128, etc.), while the increase in agricultural production is calculated with arithmetic series (1, 3, 5, 7, 9, 11, 13, 15, etc.) ”.
Malthus also said that population growth is much faster than food. As a result, one day there will be a big difference between the population and the necessities of life, which means that humans can experience the threat of starvation. The influence of Robert Malthus's writings appears:
The development of the Green Revolution also affects a country. Efforts to increase agricultural productivity are generally carried out in the following ways:
In addition to agricultural diversification, the government is also promoting food diversification so that people do not only depend on one type of food, but have a variety of options (alternatives) for various foodstuffs. Food diversification is intended to diversify people's consumption so as not to focus on rice. A country that has a variety of agricultural products that can actually function as staple foods such as breadfruit, sweet potatoes, taro, and so on, which can be a major supporting factor for food diversification.
Food diversification in a country is one way to achieve rice self-sufficiency by minimizing rice consumption so that total consumption does not exceed production. Food diversification is intended not only to reduce dependence on certain types of food, but also to achieve a diversity of nutritional compositions so as to guarantee an increase in the quality of community nutrition.
Based on these food problems, it is important to study food so that we can utilize all kinds of resources owned by our country with the help of existing technology so as to reduce hunger as much as possible. Dahrul Syah (2011) states that the human need for healthy, nutritious, and safe food requires mastery of comprehensive supporting science. Changes in lifestyle and food supply patterns also require new developments in food management. Food Science and Technology must play an active role in directing this change for the better.
Food science has a meaning, namely a scientific discipline that applies the basics of biology, chemistry, physics, and techniques in studying the properties, causes of damage and principles in food processing, while food technology is the application of food science application from post-harvest to food. by paying attention to aspects such as development, handling, processing, preservation and marketing of foodstuffs without neglecting the assessment of quality, nutritional value and public health in order to support their welfare. So it can be concluded that the science of food technology is a discipline that applies technology on food processing from post-harvest to a dish to obtain benefits and increase its use value.
Facebook Twitter