Badminton Rules and Regulations Must Know

dimasmis
Thursday, April 29, 2021
Facebook Twitter
The following are Badminton Rules and Regulations that you must know before playing badminton. What are the regulations and rules? Let's peel them one by one. 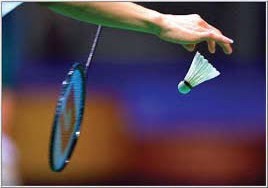 Every player not only needs to be proficient and skilled at playing badminton, but also must understand the rules of the game and matches. Moreover, the rules in badminton are dynamic and will always be adjusted to developments. This means that there are changes in the rules that players must always study and obey.

The Badminton Rules and Regulations

Service is the first stroke to the opponent that is taken to start a badminton game. Service is performed from one side of the court (left or right) across the net to the opponent's area. If the lock falls outside that area then the lock is declared out and points to the serve recipient. Between single and double parties have their respective service areas that are different. The service draw is carried out before the game starts, a referee draws first to determine who is entitled to serve first.
Some service rules that need to be considered include:
Some of the mistakes that often occur in badminton game service:

There are five kinds of parties in badminton that are commonly played, namely:
4. Scoring / Point Calculation System in badminton games
There are several types of scoring or point calculations in badminton, including the ball moving system and the point rally system. Some of the rules applied for point calculations use a ball moving system and a points rally system.
• Ball moving system in badminton games
• Points rally system in badminton games
While the point calculation system in badminton has undergone many changes, from the classic system of moving the ball 15 points to the newest system, the 21 point rally system. As of May 2006, the official championship of all single and double parties using a 3 × 21 point rally calculation system.
The highest point in each set is 21 points unless there is an extension (Deuce) due to very tight competition between the two players so that they score the same 20. So the game must be extended until the difference is 2 points according to the stipulations.
Players can be said to win in a match if single or multiple players can win two sets of matches directly. If there is a strong equal result in two sets, then continue with the third set of play (rubber set)
Currently, the IBF is testing a new scoring system, namely:
Still need to wait, whether the new scoring system will be officially enforced or not.
Thus the Badminton Rules and Regulations are in accordance with the rules of the game. Please learn and practice it in the race.
Facebook Twitter