How to Update Driver Laptop PC Easy and Quickly

The Important of Update Computer Driver

How to update computer and Laptop Driver Instantly?

What are the important benefits of Update driver ?

The computer drivers that we mean here include hardware drivers and software drivers. There are several important reasons why your computer needs a driver update.

One of the most important reasons is that the computer, both desktop and laptop, still has optimal and stable performance.

Overcoming and repairing computers due to conflicts between hardware

From Brian Vizina of Gecko Technologies Consulting Ltd. said that the driver update is able to repair and resolve computer systems from conflict problems between drivers. He also said that 50% of the computer can not work optimally because the computer driver is "corrupt" or damaged, which is usually caused by viruses or computer malware.

By updating the graphics card hardware driver, this will greatly enhance the capabilities of your gaming experience.

How to Update Driver Laptop or PC Easy and Quickly

There are several options for how to update computer drivers, some of these options include:

In my opinion, this first method is rather difficult, why is that? There are several reasons for this, including:

Well, this is the second method that we will discuss in detail along with a demonstration of how to easily and quickly update drivers using the Driver Utility Software.

Why do we the conveniences that we will get include the following:

Preparation step for updating the driver with the driver utility software

There are many driver utility software that you can choose from. The following is a collection of software updater tool drivers that you can install on your computer.

Download and install the Driver Tool Updater Software. In this demonstration we are using Driver Easy Pro 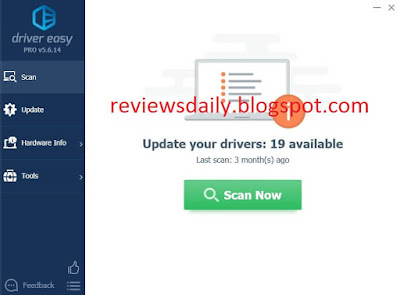 There are several menus, to update the driver select the Update menu 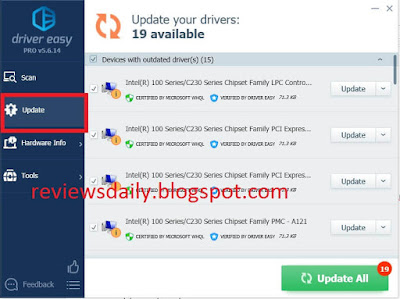 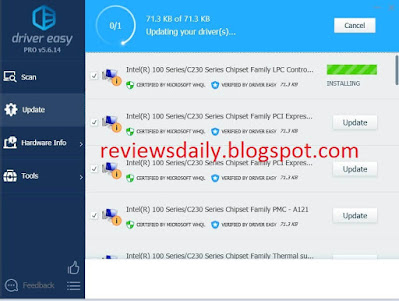 Note: this software driver update program will only be able to find and update drivers when connected to the internet.

That's a glimpse of the importance of updating drivers and also how to update driver laptop or pc (desktop) automatically, easily and quickly by using the driver easy (driver backup tool, restore and updater software.