-->
Home/ Healthy Tips/Is it Dangerous to Drink Too Much Water?

Is it Dangerous to Drink Too Much Water?

dimasmis
Sunday, July 12, 2020
Facebook Twitter
As we know, most of our body consists of H2O liquid so it is very important for the body to have adequate water content. Water is in the bloodstream, filling cells and cavities between cells. The body also regulates water expenditure to maintain balance. However, what happens if the body contains too much water? 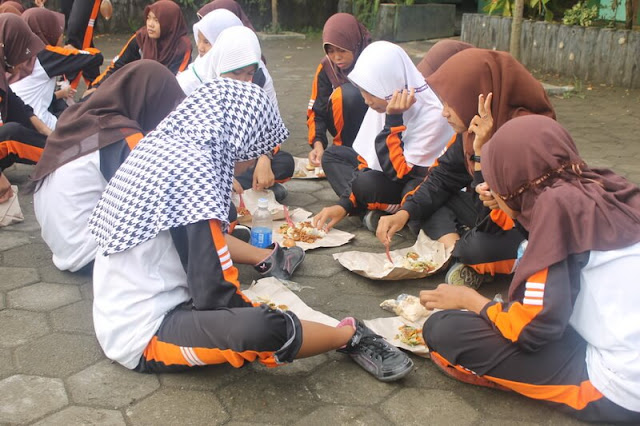 Drinking too much water can upset the ion balance

In fact, not all the water we drink has ions needed by the body, whereas ions often come out with sweat in the form of salt. Consumption of too much water, without the addition of a balanced balance of salt intake from food and drinks, will reduce the concentration of salt in the blood. The concentration of salt in the bloodstream itself is needed to maintain blood pressure, work muscles and nerves to remain normal. Salt in the blood also affects the work of the kidneys in regulating water storage and prevents the body from storing too much water.

Normal salt concentrations in the blood range from 135-145 mmol / liter. Consumption of too much water can reduce blood salt concentrations to around 115-130 mmol and trigger various decreases in blood function as they become more fluid.
Symptoms that occur in the body when "water poisoning" due to drinking too much

Drinking too much water in a short time can trigger water poisoning or overhydration. This condition begins with the storage of water in the body because the kidneys cannot regulate water, due to an imbalance of ions. Water that cannot be removed again is absorbed in the bloodstream, and finally the body that stores too much water causes the enlargement of various body cells so that it interferes with the function of the cells themselves.

If cell enlargement occurs in the brain cells, then this can cause pressure in the skull to increase. This triggers various initial symptoms of water poisoning such as headaches, nausea, and vomiting. Symptoms can develop into a momentary decline in cognitive function such as feeling confused, difficulty thinking, and experiencing disorientation.

What causes a person to overhydrate?

It is very difficult for someone to consume too much water accidentally, because water cannot be addictive. However, there are several reasons a person drinks too much water and causes an overdehydration condition.

Drink plenty of water on purpose

This has been noted before where someone drinks a lot of water to win a contest or game. Unwittingly, excessive water consumption causes poisoning and eventually leads to death.

Drinking too much water with the reason to prevent dehydration

This condition is often experienced by athletes or soldiers while undergoing training with strenuous physical activity. But precisely this can trigger overdehydration. This is because when experiencing stress, the body has its own mechanism to regulate fluid expenditure by secreting antidiuretic hormones, so that the body can store more fluid, and excess water consumption will only create an overhydration condition.

The desire to drink water due to disease conditions

This can occur in individuals who have diabetes or are undergoing treatment with side effects that trigger dry mouth. The desire to drink or thirst is not a sign when the body is experiencing a lack of fluids but only the body's response to interference, and drinking too much water can still trigger overhydration.

Schizophrenia is a psychiatric condition that makes it difficult for someone to stop doing something, including consuming water. If this happens it will be very dangerous for schizophrenics because he is unaware and cannot stop consuming water alone.

In addition, symptoms of overdehydration without drinking too much water can also be caused by several diseases that trigger more water storage, such as:
How to deal with overhydration

Overhydration is often characterized by nausea and dizziness shortly after drinking too much water. To prevent it from getting worse, stop consuming water immediately in the future and give a diuretic to trigger the discharge of urine. Symptoms of headaches, seizures, and nausea can be overcome by providing treatment according to the symptoms experienced by the patient.

Daily water requirements for normal people are generally only about 3.7 liters of water for men, and 2.7 water for women, and this includes water content from other foods and drinks. In addition, the easiest and safest way to meet the adequacy of drinking water is to drink enough water immediately whenever you feel thirsty.
Facebook Twitter