Definition and Understanding of Myth

by dimasmis 07:29 Post a Comment
According to P.E. de Josselin de Jong (1980: 109-110), the definition of myth is interpreted as a sacred story which in symbolic form narrates a series of real events and managers about the origin and changes of the universe and the world, gods, goddesses, supernatural powers, humans, heroes and society. As an expression of a typical cultural semantic system, sacred stories, basic nature, meaning, and human existential reality and the function of forms of social life. 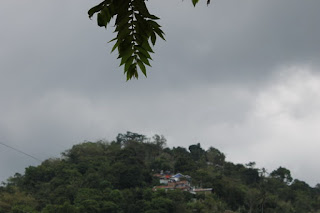 
Understanding and definition Myth based on its characteristics.


Other definition and assumptions about myths

Myth is a folklore prose which is acted out the gods or demigods that occur in other worlds and are considered to really occur by the community.


Conclusion about the understanding and definition of myth

So that the myth itself can be interpreted as a people's prose story that tells a story set in the past, contains an interpretation of the universe and the existence of beings in it, and is considered to have really happened by the owner of the story or its adherents. So many think that if people do not believe or do not carry out existing myths, they will get a problem or a curse.