How to Deliver a Message Guiding Healthy Life

by dimasmis 22:35 Post a Comment
Review the messages and supporting information in the Healthy Life Guide, and if necessary adjust it to the local situation. Translate if necessary. Communicate the messages effectively and facilitate dialogue.

The message contained in the Healthy Life Guide must be reviewed, and if necessary adjusted to a variety of relevant local issues, through collaboration with officials (health, education, social services, etc.). This must be done in consultation with families, and community members. 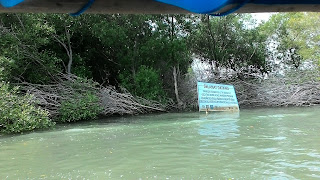 When facilitating communication and dialogue with the contents of the message group, there are some things that must be considered, namely:
Society has a tendency to trust information, and on that basis change behavior if:
Inter personal

Most people do not feel comfortable practicing new information that is seen and heard in the mass media, without getting the chance to discuss it with people they trust.

Communication between emperors, supported by campaigns through mass media or mid media along with ongoing program activities, is very effective in encouraging people to adopt, maintain, and appreciate new behaviors.

The effective use of Healthy Living Guides requires facilitation especially for groups that have not been touched, with the aim that they are fully involved in meaningful dialogue. It is very important to reach remote community groups, children with disabilities, minority groups or indigenous children and their families. It is also very important that groups of women and girls participate as fully as men and boys.

This type of communication refers to various materials and methods of communication that lie between the 'inter personal' approach and the mass media approach. Some examples on the conference:
Mass media

Mass media (radio, newspapers and television) are effective media to introduce and strengthen new information and promote a certain social change to the people. The steps that need to be done are:

The use of a mix of communication channels produces the best

To realize changes in behavior that support children's rights, it is key to use a mix of communication channels, which is a combination of short-term actions, such as campaigns, with long-term and interactive communication.