Definition of Malnutrition, Causes and Treatment

dimasmis
Tuesday, September 24, 2019
Facebook Twitter
Definition of Malnutrition is a condition where the body does not get enough nutrition, malnutrition can also be called a condition caused by an imbalance between taking food with nutritional needs to maintain health. This can occur because of too little food intake or unbalanced food intake. In addition, malnutrition in the body also results in food malabsorption or metabolic failure (Oxford medical dictionary 2007: 524).

Malnutrition is actually malnutrition, which includes less or more nutrition. In general, lack of nutrition is caused by lack of energy or protein. However, this situation in the field shows that it is rare to find cases that suffer from pure differentiation.

Malnutrition is generally a medical condition caused by improper or inadequate feeding or feeding. This term is often more associated with the condition of undernutrition (malnutrition) which results from poor food consumption, poor absorption, or excessive loss of nutrients. Malnutrition is actually malnutrition, which includes less or more nutrition.

What are the causes of malnutrition and its treatment?

Malnutrition is a matter of international concern and has many interrelated causes. The causes of malnutrition according to the conceptual framework of UNICEF can be divided into direct causes, indirect causes and underlying causes.

It can be concluded from the explanation above that Malnutrition is a condition where the body experiences a disruption in the use of nutrients for growth, development and activities due to food consumption that does not contain enough energy and protein.

Indirect causes that can cause malnutrition are lack of family food security, quality of maternal and child care, health services and environmental sanitation. Food security can be described as the ability of families to produce or get food. In addition, it is important to note the effect of family food production on maternal workload and food distribution for family members. Environmental sanitation affects the health, production and preparation of food for consumption and cleanliness. Health services must not only be available, but must also be easily accessed by mothers and children. The low educational and economic status of women causes a lack of ability to improve the nutritional status of families.

Malnutrition is closely related to poverty where they tend to be difficult to fulfill adequate nutrition for their bodies. Malnutrition can be identified and determined by measuring the nutritional status or people suffering from malnutrition. Malnutrition problems are often found in developing countries, which are usually suffered by adults, especially women and children. At present the problem of Malnutrition in adults is no longer as big as before, except for women especially in poor areas and in children, especially children under the age of five (toddlers) until now Malnutrition is still a worrying problem. 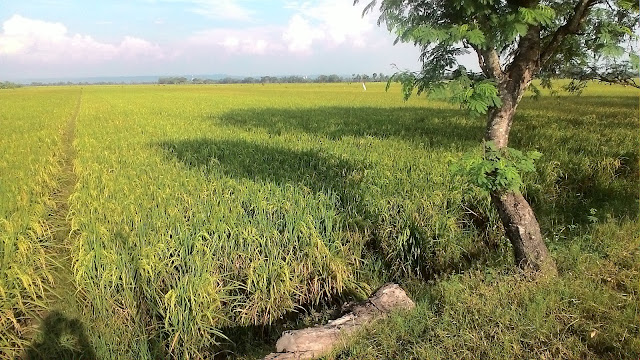 In adults the World Health Organization / WHO introduces the term Malnutrition depending on the type of cause, if the cause is due to lack of energy which is more prominent than lack of protein, the term Less Chronic Energy is used. For purposes of the WHO clinic use the term Wasting or "Low Weight" according to height because of hunger and sufferers are sick and must be treated in hospital. If the symptoms are symptoms of swelling due to the accumulation of body fluids (Oedeem) in the body, especially the legs, abdomen and face, the sufferer not only suffers from lack of energy but also lacks protein. This situation is known in the community as sufferers of "Honger Oedeem"/HO.

Consequences Due to Malnutrition

Incorrect nutrition negatively affects mental development, physical development, productivity, and human work ability. Incorrect nutrition suffered during periods in the womb and periods of children, inhibits children's intelligence. Children who suffer from malnutrition have a brain that is smaller than the average brain size and has brain cells that are 15% -20% lower capacity than children who are well nourished. Studies in several countries show that children who have suffered from malnutrition, their mental test results are less when compared to the mental test results of other children who are well nourished. Children who suffer from malnutrition experience mental and physical fatigue, and thus have difficulty concentrating in class, and often they are excluded from their lives.

Children who come from families with low socioeconomic levels have been studied to have a percentage below the normal size for the height and weight of healthy children. While the relationship between nutrition and work productivity has been well known since a century ago by people who have slaves who see that nutrition means a decrease in the value of capital. The productivity of workers who are tortured or under pressure will produce lower results when compared to the conditions that are well taken care of, in the sense of being given good nutritious food.

Incorrect nutrition is an important cause related to the high mortality rate among adults although it is not so striking when compared to the mortality rate among young children. The relative impact caused by malnutrition is weakening the resistance to diseases that are usually non-lethal and improving nutrition is a major factor that helps increase resistance to disease. Nutritional status is also directly related to the length of time needed for healing after suffering from infections, injuries, and severe surgery.
Facebook Twitter