Definition and Causes of Violent Behavior

dimasmis
Wednesday, August 28, 2019
Facebook Twitter
What is meant by the understanding, definition, sign and symptoms of violent behavior and what causes it? Violent behavior is a condition where individuals are at risk of causing direct danger to themselves or others (Carpenito, 2010).

Violent or aggressive behavior is a form of behavior that aims to hurt someone physically and psychologically. Anger does not have a specific purpose, but rather refers to a certain set of feelings that are usually referred to as feelings of anger (Berkowitz, 1993 in Generous, Deden, 2013).

According to Keliat, et al violent behavior is a form of behavior that aims to hurt someone physically and psychologically (Keliat, et al, 2011) 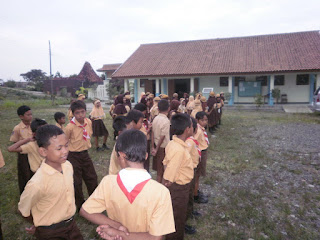 So, violent behavior is a condition of individuals who take actions that can endanger / injure themselves, others can even damage the environment.

Causes The emergence of violent behavior in a person

According to the PPSDM Agency (2013) The process of violent behavior is explained using the Struart stress adaptation concept which includes stressors from predisposing and precipitation factors,

Precipitation factors that can cause violent behavior in each individual are unique, different from one person to another person. The compressor can be an external or internal cause of an individual. Internal factors include unfulfilled desires, feelings of loss and failure in life (work, education, and loss of loved ones), concern for physical illness. External factors include activities or social events that change such as physical attacks or acts of violence, insulting criticism, an environment that is too noisy, or a break in social / work / school relationships

Signs and Symptoms due to violent behavior

Signs and symptoms that appear on clients with violent behavior according to Rusdi (2013) are as follows: