dimasmis
Wednesday, August 28, 2019
Facebook Twitter
Whats is the meaning of coping mechanisme? Coping mechanism is a way that individuals do in solving problems, adjusting to changes, and responding to threatening situations (Keliat, 1999). According to Eko Prabowo (2014) coping mechanisms used in patients with violent behavior to protect themselves include:

Accepting a noble substitute target means in the eyes of the community for an impetus that experiences obstacles to normal distribution.

Blaming others for their difficulties or bad desires 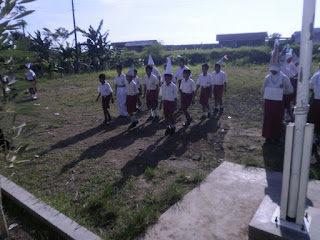 Prevents painful or dangerous thoughts from entering the conscious state.

Formation Prevents dangerous desires when expressed. By exaggerating opposing attitudes and behaviors and using them as obstacles.

Releasing a depressed feeling is usually hostile. In objects that are not so dangerous as those that initially arouse emotions.

So, there are 5 coping mechanisms in violent behavior patients, namely sublimation, projection, repression, reaction, deplacement as explained above.
Facebook Twitter