The Other Harmful, Virus-Like Computer Programs

dimasmis
Friday, September 16, 2016
Facebook Twitter
In the chapter about Make Antivirus More Effective to Detect Virus, computer viruses is a self-duplicating computer program that spreads from computer to ohers computer, interfering with software and data.

Need to know, there are other harmful computer programs that can be part of a virus, but are not considered viruses. This is because they do not have the ability to replicate him self.

These computer programs fall into three categories, that is: logic bombs, Trojan horses, and malicious software programs or deliberately harmful that run within a Web browser, an application program such as Netscape Navigator, Internet Explorer that displays Web sites. 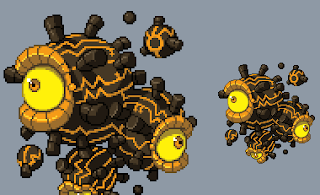 The category from A logic bomb is infects a computer’s memory, but unlike a computer virus, it does not replicate itself. A logic bomb delivers its instructions when it is triggered by a specific condition, such as when a particular date or time is reached or when a combination of letters is typed on a keyboard. A logic bomb has the ability to erase a hard drive or delete certain files. 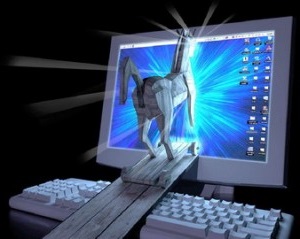 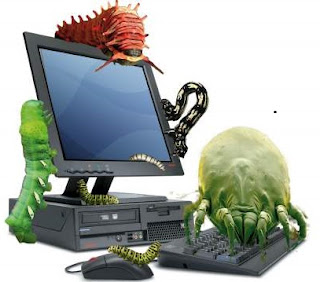 Deliberately harmful or Malicious software programs that run within a Web browser often appear in Java applets and ActiveX controls. Although these applets and controls improve the usefulness of Web sites, they also increase a vandal’s ability to interfere with unprotected systems. Because those controls and applets require that certain components be downloaded to a user’s personal computer (PC), activating an applet or control might actually download malicious code.
Facebook Twitter