The Ways of Spreading Computer Virus

by dimasmis 06:51 Post a Comment
Computer Virus like a biological virus must have the media to be able to spread, computer virus can spread to various computer / other machines as well as through various media, including:

WWW (Internet)
It is entirely possible for a site deliberately planted a "virus" that will infect the computers that access it. 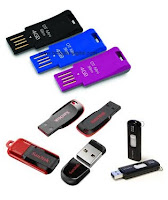 Network (LAN, WAN, etc.)
The relationship between multiple computers are directly involved allowing a virus to move away from the exchange / executing the file containing the virus.

Almost all types of virus spread lately using the email attachment because all internet service users must use email to communicate, these files are accidentally striking / attract attention, and often have a double extension on the file naming.

Many computer viruses are deliberately planted in a program that is distributed either free or trial version.