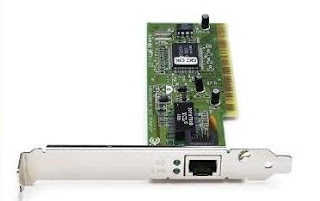 PCMCIA card is a network card that is used to connect into a network without using wires. 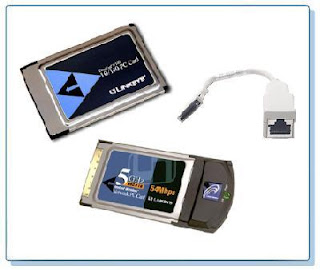 Modem or the Modulator module is the networking equipment used to connect to the Internet using a wired telephone network. 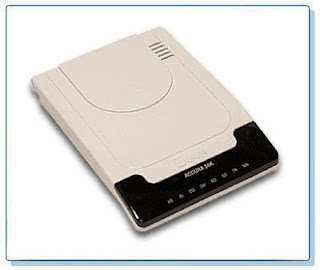 HUB or switch used to connect each node in the Local area network or LAN. This equipment is often used in a star topology and extended star computer network. The difference between the HUB and Switch is the data transfer speed. Namely 10: 100 Mbps. 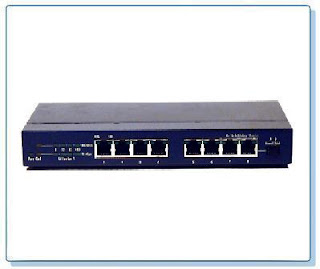 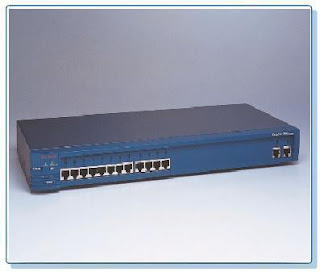 Bridge is a network equipment used to expand or split the computer network. The function of Bridge is to connect and combine media of network that is not the same as unshielded twisted pair (UTP) and fiber-optic cable, and to combine different network architectures such as Token Ring and Ethernet. Bridge regenerate signals but does not perform protocol conversion, so the same network protocol (such as TCP / IP) must be running to the two network segments connected to the bridge. Bridge can also support the Simple Network Management Protocol (SNMP), and has a network diagnostics capabilities.

Bridge operates recognize the MAC address of the original node address to transmit data to the network and automatically builds an internal routing table. This table is used to determine the segment to which the packet will be routed and providing filtering capabilities (filtering). Once you know which segment to a package would be submitted, the bridge will continue to deliver the packet directly to the segment. If the bride does not recognize the packet destination address, the packet will be forwarded to all connected segments except the source segment address. And if the destination address is in the same segment with the source address, the bridge will reject the package. Bridge also continue the broadcast packets to all segments except the source segment. 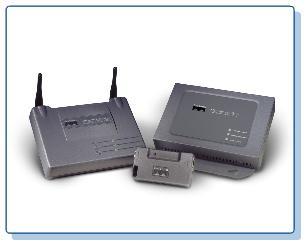 Router is a network equipment used to expand or split the network by continuing packets from one logical network to another network. Routers are widely used in a large internetwork used family TCP / IP protocol and to connect all the host TCP / IP and Local Area Network (LAN) to the Internet using a dedicated leased line. Nowadays, there are many companies using Cisco 2500 series routers to connect two LANs (WAN with two members of the LAN), the LAN to the ISP (Internet Service Provider). Connections like this causes all workstations can be connected to the internet for 24 hours.

Routers contain tables of internal information called routering label that keep records of all known network addresses and trajectory that may be passed. Routers create a path trajectory packages available and latency. Because it uses a packages address of the destination network, the router works only if the protocol is configured is route table protocols such as TCP / IP or IPX / SPX. This differs from the bridge that is protocol independent. 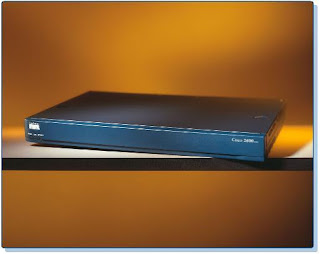 Crimping tools are useful for cutting, smoothing and lock UTP cable in the installation of Networking. 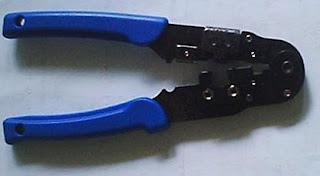