Interaction between living organisms with abiotic environment in a community that is based on the diet, the bio-diversity, and recycling for survival called Ecosystem. Environment on humans and other living things can be divided into two, namely:

Internal environment is the physiological and biochemical processes that take place in the human body at any given moment are also able to adapt to changes and circumstances that occurred outside the body for survival also called homeostasis. For example, the temperature changes from hot to cold. 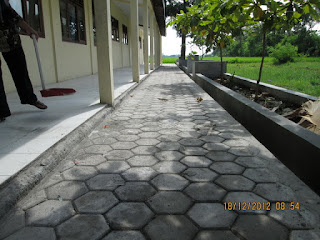 The external environment is everything animate or inanimate form, the energy space, the social, economic, and culture can bring influence to human life on this earth.

Environmental pollution is entered or the inclusion of living organism, substances, energy, or other components into the environment or changing the order of the environment by human activity or by natural processes so that environmental quality declines to a certain level which causes the environment to be less or no longer works in accordance with designation. For example, the disposal of industrial waste into rivers and the ocean will lead to changes in the aquatic ecosystem.

Judging from the ecological angle, there are three factors that can lead to an illness, disability, incapacity, or death in humans. Three factors were referred to as ecological or epidemiological triad consisting of agents of disease, humans, and environment. Under normal condition, these three components, or in other words, the people are called illness at the current state of dynamic equilibrium is disturbed, for example, when the quality of the environment decreases to a certain extent, disease agents can easily fit into the human body and cause illness.

If the environmental conditions that favor disease agents is ongoing in a long time, there will be symptoms and signs of clinical signs. Humans become ill which can then be cured or the disease goes on cause of disability, chronic disability, or death.

The journey of a disease occur started a disturbance of balance between disease agent, host, and environment until the occurrence of a disease. 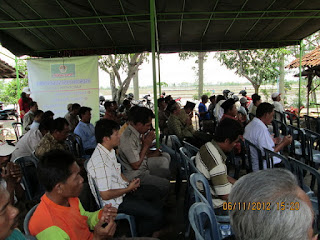 The human factor is very complex in the disease process. These factors depend on the characteristics of each individual, among others: Drinking alcohol, drugs, and smoking can cause health related problems.

Psychological factors such as stress can cause hypertension, peptic ulcer, depression, insomnia, and others. 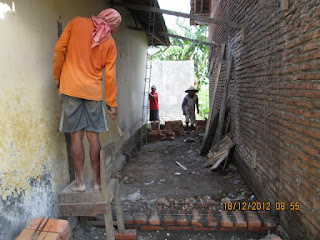 The physical environment is abiotic or inanimate objects such as water, air, soil, weather, food, housing, heat, light, radiation, and others. The physical environment interacts constantly with humans throughout time and time and plays an important role in the occurrence of the disease in the community. For example, the shortage of water supply, especially in the dry season can cause diarrhea everywhere.

Biological environment is biotic or living objects, such as plants, animals, viruses, bacteria, fungi, parasites, insects, and others that can act as agents of disease, the reservoir of infection, disease vectors, and host intermediates. Human relationship with the biological environment is dynamic and in certain circumstances when there is an imbalance between the relationship, people will become ill.

Social environment such as culture, customs, habits, beliefs, religion, attitudes, standards and lifestyles, work, social life, social and political organizations. Humans are influenced by the social environment through various media such as radio, TV, press, art, literature, stories, songs, and so on. If human can not adapt itself to the social environment, there would be a conflict of psychiatric and psychosomatic cause symptoms such as stress, insomnia, depression, and others