How to Blocking Technique in Volleyball

dimasmis
Tuesday, January 19, 2016
Facebook Twitter
Blocking the ball in a game of volleyball is closely related to survival techniques done on the net. Blocking an attempt to block an opponent with his hands stretched in place is estimated to be running the ball.

Blocking technique in volleyball can be practiced in the following way. 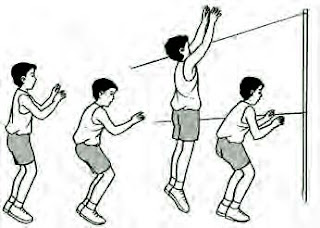