-->
Home/ Religious Islam/The Main Cause of People and Nation Destruction

The Main Cause of People and Nation Destruction

dimasmis
Sunday, September 6, 2015
Facebook Twitter
One of the main goals of Islamic treatise well as the main purpose of coming the Messengers of God (Muhammad) is justice in the whole order of life. This is in line with the words of Allah.

Certainly We sent Our messengers with clear arguments, and sent down with them the Book and the balance that men may conduct themselves with equity; and We have made the iron, wherein is great violence and advantages to men, and that Allah may know who helps Him and His messengers in the secret; surely Allah is Strong, Mighty. Surah al-Hadid 25.

How important of justice, until preachers Friday at every second of sermon, when it will close the sermon (although excluding the pillars of sermon), read the words of Allah. in Surah An-Nahl [16)]: 90. 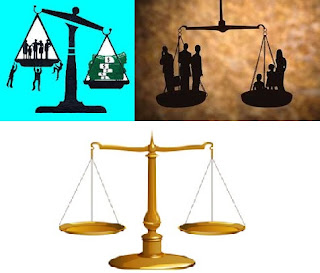 Surely Allah enjoins the doing of justice and the doing of good (to others) and the giving to the kindred, and He forbids indecency and evil and rebellion; He admonishes you that you may be mindful.

One of the leading commentators at the time of friend Abdullah bin Mas'ud, when interpreting these verse says that the main core and the source of goodness there are three (because it is commanded to be done), namely justice (al-'adl), always trying to spread kindness to Other people (ihsan), and connect kinship and brotherhood (itaizil Qurba). In contrast, the three main things that will cause destruction (because it is forbidden) is fahsya doing a great sin (fahsya), doing an evil and prevailing unjust and persecution to others (al-baghyu).

The One of justice is very important to always be enforced is justice in the legal field. That is, anyone who made a mistake that is destructive to the lives, such as stealing, robbing, bribing, corruption, spread slander, adultery that closed or open (recorded on video and then disseminated), and other crimes should be prosecuted without selective logging and indiscriminate.

The Prophet very angry when the companions are reluctant to enforce the law in woman who corrupt that has a high social status. The prophet declared,

"O mankind, indeed the earlier people are destroyed because of discrimination in law enforcement. If that stealing is from the weak people, they put him on trial. But if that steals people who have positions, they let him. By Allah, if Fatima my own is stealing, will I cut
her hands. "

The cases of Corruption that conducted by all parties who helped him so that corruption can be prolonged, loss to the country so much, should be terminated, by prosecuting and punishing any person guilty despite having economic power, proximity to the circles of power or other facilities. Because, if this is allowed, the same as plungers the country and our beloved nation to destruction.
Facebook Twitter