dimasmis
Tuesday, September 1, 2015
Facebook Twitter
In the Quran that speak of repentance is the word of Allah that says:

"And repentance you all to Allah, O believers so that you successful" (Qur'an, An-Nur: 31).

In this verse, Allah ordered to all the moslem people to repentance to Allah, and not exclude one of them. Although they has obey the shari'a, and has climbed the ranks of the Muttaqin, but still it requires repentance. Among of moslem there are who repent of sins, if he has committed a grave it sins. Because he was not a person who called Ma'shum (preserved from sin). 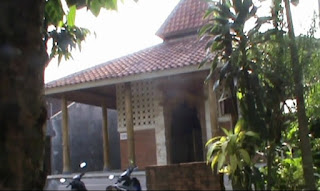 Layman repentance not the same as with repentance from khawas people (class of believers who labor solely because of Allah), also not the same as repentance higher class of khawas. Therefore, there is a saying: "Goodness of abrar class (class of pious that many doing goodness) is the fault of people from muqarrabin class (People who are too close to Allah due to their sacrifice in upholding the religion of Allah). However, in that verse, all of them were ordered to repentance, to save them.

Author of the book Al Qamus commented on this verse in those book (Al Bashair): This verse contained in sura Madaniyyahh group. God addressed to believers and to his creatures are good, so that they repentance to Him (Allah), after their faithful, patient, move and jihad. Then associate luck with repentance "so that you are lucky". That linking between caused and which are caused by. And use the 'custom' 'la'alla "to give a sense of hope. Ie if you repentance then you are expected to have good luck, and only those who are repentance are entitled to expect that fortune.

Some scholars said: Repentance is obligatory for all human beings, and also to the prophets and saints though. And thou shalt not suspect that repentance only for Adam. Allah said in the Qur’an:

Then they both ate of it, so their evil inclinations became manifest to them, and they both began to cover themselves with leaves of the garden, and Adam disobeyed his Lord, so his life became evil (to him). Then his Lord chose him, so He turned to him and guided (him). (Quran. Thahaa: 121-122).

But it is the law that azali and written for human so it may not be accepted otherwise. During the sunnah-Sunnah (the provisions of) the Divine is not replaceable. Then back – that is with repentance-- to God for every people is very urgent, whether he is a prophet or a person who behaves like a pig, is also the guardian or the thief. Abu Tamam said:

"Do not you have thought only Hindun traitors, it is the personal encouragement and everyone can apply as Hind!

These words are supported by a hadith:

"All of you are wrong makers and sins, and the most good sinners are those who repentance". This hadith narrated by Ahmad and others from Anas.

Also repentance it is mandatory for all mankind. He shall in all conditions and continuously. Understanding was plucked from the general proposition, Allah says: "and repentance you all to God". Because humans could not liberated from sin done by members of his body. Until the prophets and righteous people though. In the Qur'an and hadith mentioned about their sins, and repentance and regret their cries.

If at any time someone be free from immoral carried out by their body, it can not be separated from the desire to commit adultery in their heart. And, if there is no desire, he can also feel anxious blown by the devil so that he forgot of dhikr to God. And if not, he can also experience neglect and lacking in attaining knowledge about Allah, His attributes and His deeds. All of that was understaffed and each has a reason. And let the causes it to occupy themselves with the work in the opposite means to restore themselves to a low level. And humans differ in the levels of drawbacks, not in their original condition.
Facebook Twitter