dimasmis
Friday, September 4, 2015
Facebook Twitter
One time the Prophet Muhammad sat with his companions. Then, he asked about the real people who go bankrupt. The Prophet said, "Did you guys, who actually the person who broke it?" The companions without thinking replied, "In our opinion about people who are go bankrupt are those who do not have money and possessions."

Prophet Muhammad immediately straighten their perception as he said, "People who are bankrupt of my people are people who come on the Day of Judgement brings reward of prayer, reward of fasting and zakah, (but when living in the world he berate others, accusing others, eat up the property of others ( in vanity), shed the blood of another person (by vanity) and he hit another people and she was tried by way of goodness distributed to this person and that person (who ever he despotic). Thus, if the entire reward his good deeds have been exhausted, but there are still those who insist to him, then their sins (who ever he despotic) against him, and (eventually) he was thrown into the hell. "(Hadith Narrated by Muslim, at-Tirmidhi, Ahmad).

The Companions imagined and thought that the Prophet Muhammad asking about who is bankrupt in matters relating to world problems so they gave that answer. However, the Prophet Muhammad want to remind his friends and of course his followers that virtues such as prayer, fasting, zakah and alms will be siphoned off for other people if he acts that injure his good deeds. And if that happens, the contents of kindness account will be taken to cover the mistake he did on others person. These are the people who broke the reward of goodness. 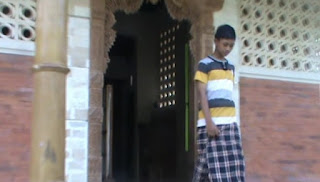 On the Day of Judgment (hereafter) when all of the reward charitable person has been weighed, it will be a lot of crime on complaint submitted to God by those who have been despotic. People who once scorned, accused by the allegations that are not true, that shed blood, sweat the wealth robbed and blackmailed, who had been beaten and tortured without any good reason.

They will roll crowded facing to Allah to demand justice and retribution for evil deeds that people done. At that moment, Allah will reward a fair manner when law and justice can not be bought and sold, while the  complaint never closed. Every people will get the fairest justice of the Supreme Substance fair and despotic people will reap deposits crimes in a fair manner as well.

So, we do not ever confuse kindness with our crime and never thought we'd deserve to go to heaven because the deeds of us all. Beware, lest our good reward is sucked into other people's accounts because we have a mess with our crimes and injustice. Until the end, we just bowed in front of Allah almighty.
Facebook Twitter