Acceptance of Repentance For Plead Guilty

dimasmis
Saturday, September 5, 2015
Facebook Twitter
Prophet Muhammad. looking astonished to hear a sincere confession from Ma'iz bin Malik. Do Ma'iz realize that his confession resulted sentenced to death? Therefore, the Prophet asked, "Is this person is undergoing psychiatric disorders?" "He was not crazy," said friends were present. However, the Prophet still also doubted to his sincerity. Then the prophet sent someone among those present to smell him. Lest there was a smell of liquor, to be expected of these men were drunk. Also, do not smell the slightest odor of liquor on his body.

To be sure, the Prophet. ask him, "Is it true that you commit adultery?" "Yes," replied Ma'iz, urging to prophet for immediately cleansed him from sin of adultery. He is ready to undergo the punishment of stoning. Similar cases occured in Ghamidiyah women from Juhainah valley. In the presence of the Prophet, he admitted pregnant results from adultery, and begged to be sentenced to stoning as happened in Ma'iz. The Prophet recommended that she immediately repentance to God, awaiting baby born at birth. The woman returned to report themselves after the baby is born, and called for immediate to undergo execution.

The Prophet. Still also send him home and give him a chance to breastfeed her child to be weaned. This poor woman came back, carrying her child. In her hand was a piece of bread as a sign that the child is completely weaned. 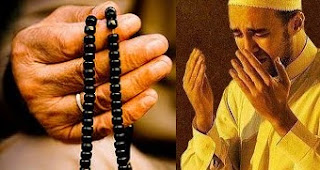 This opportunity should be utilized by Ghamidiyah to escape. The Prophet would not tell friends looking for this woman, or include her in the list of fugitives if it is true that after the child was weaned he does not report themselves. It seems the Prophet Muhammad understands that this woman sincerely repentance and not repeat her actions.

Ma'iz and Ghamidiyah is two figure people that are very rare in this day and age. Both came to report them self, admitted their guilty and asked punished with the most severe fatal. Both like not sure that repentance accepted by Allah, if only by chanting a prayer and seek forgiveness, without undergoing the punishment of stoning. Both chose the punishment in the world despite very heavy, than in the hereafter punished with a more powerful.

After the execution, the companions are still debating whether the repentance accepted by Allah or not? Even Umar questioned, whether it is feasible we prayer bodies who has sin of adultery like this? The prophet said: "Indeed God has accepted their repentance. If their repentance is distributed to all people, undoubtedly the repentance is still remaining”. (Narrated by Muslim, No. 1695]. The drastic changes can happen to a Muslim, when belief in life in the hereafter, seep into the deepest subconscious.
Facebook Twitter