Obligations for Repentance and The Urgency

by dimasmis 04:55 Post a Comment
Repentance from sin committed by a believer --and that time he was trying to God Almighty – it is a religious obligations. Commanded by the Qur’an, driven by the Sunnah, as well as obligations agreed by all scholars, both physically and spiritual scholars. Or scholars of jurisprudence and scholars of mysticism. Until Sahl bin Abdullah said: Whoever says that the repentance is not a must then he has infidels, and whoever approves that statement then he is also an infidel. And he said: "There is nothing more obligatory for human beings from doing repentance, and no more severe punishment on humans other than ignorance of the science of repentance, and do not master the science of that repentance (Mentioned by Abu Talib Al-Makki in his book Qutul Qulub).

The Repentance in the Qur'an

Al Quran gives great attention to repentance in many passages scattered in Makkiah or Madaniah verses.

In the Quran, there are the most emphatic command to carry out the repentance. The word of Allah:

O you who believe! turn to Allah a sincere turning; maybe your Lord will remove from you your evil and cause you to enter gardens beneath which rivers flow, on the day on which Allah will not abase the Prophet and those who believe with him; their light shall run on before them and on their right hands; they shall say: Our Lord! make perfect for us our light, and grant us protection, surely Thou hast power over all things. (At Tahrim: 8). 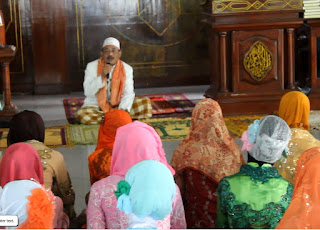 In another command of Allah in the Qur'an for believers to repentance with a truthfully repentance: that is that a clean and true repentance. Commands from Allah in the Qur'an it shows the obligations of repentance, as long as no other clues that indicate sense than that. While in that paragraph no other clues it. Therefore, the whole of the believers should seek to achieve two things or two goals this point. That is:
The entire of Muslim people in desperate need these two things:

First: in order to the mistake was abolished, and sins forgiven. Because human beings, due to the nature of humanity, may not be free from mistakes and sins. It stems from the fact the element of human formation is composed of elements from the soil that comes from the earth, and the element of soul that comes from the sky. One of them pulled down while the other took over. The former can plunge men on the temperament of an animal or worse, while others can deliver people into ranks of angels or higher.

Therefore, human beings can make mistakes and make a sin. With that fact, people requires and must repentance which intact, so that they can erase their mistakes they did. 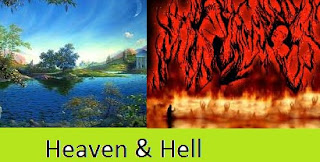 Secondly: in order to go to the heaven. Who would not want to go to heaven? The most severe thinking that haunt in people is: where is the place will go in the afterlife. It is matter of human travel that most important: whether it will survive or perish in the afterlife? Whether he will win and be happy or whether he will undergo destruction and suffering? Success, victory and happiness is in heaven in afterlife. While the destruction, disappointment and suffering there is in hell.

Allah says in the Quran:

Every soul shall taste of death, and you shall only be paid fully your reward on the resurrection day; then whoever is removed far away from the fire and is made to enter the garden he indeed has attained the object; and the life of this world is nothing but a provision of vanities. (Qur'an, Ali Imran: 185).