What is Generally People Thought?

dimasmis
Monday, July 20, 2015
Facebook Twitter
Most people do not think as they should think and do not develop the means and potential to think they are. But there is one more thing that is important to explain here. It is inevitable that certain things have always occurred to humans at all times throughout his life. Almost no time, except when sleeping, which the human mind is completely empty. Unfortunately, most of these thoughts are useless, "vain" and "unnecessary", so it would not be beneficial in the Hereafter later, did not lead in the right direction and does not bring good to him.

If someone tried to remember anything that had his mind on one day, then record and examine it carefully at the end of the day, he would see the futility of most of what he thinks. If he had found most useful from him, then he may be deceived. Because overall, the thoughts which he said was not true sometimes will bring benefits at all in the afterlife.

As well as wasting time doing useless work in everyday life, people sometimes also spend time in vain to get carried away by thoughts that are not useful. In paragraph:

Successful indeed are the believers, Who are humble in their prayers, And who keep aloof from what is vain, (QS. Al-Mukminun, 23: 1-3) 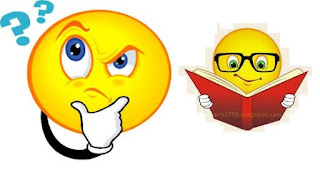 God invites man to be serious in this matter. It is certain that the commands of Allah in this verse is also true in terms of thinking. Because thoughts are uncontrolled be constantly flowing in someone's mind. Someone consciously divert his mind from one thing to another. When he was on his way home, someone thought of a plan to shop. Then suddenly he was thinking about something else, that nothing ever said to her one or two years ago. Thoughts uncontrolled and useless can take place continuously throughout the day. In fact, the power to control these thoughts are his own. Everyone has the ability to think of something that could improve his situation; increasing faith, thinking, behavior; as well as improve his surroundings.

In this chapter will describe some of the things that are generally likely to be considered by those in negligence. The reason why the issue is explained at length that people are negligent, and that reading this book, soon realized that when at a later event as mentioned in this book occurred to them

when on the way to work or to school; or when you're doing routine work, they are no longer thinking about things in vain. Instead they will be able to control their thoughts and think everything is really useful for themselves.
Facebook Twitter