dimasmis
Saturday, July 25, 2015
Facebook Twitter
Diarrhea causes the death of a child, because of the discharge of liquid from the body so that the body lacks fluids (dehydration). Immediately after the diarrhea, give your child extra fluids along with regular foods and beverages.

Children called diarrhea if discharge of liquid stools more than three times a day. Diarrhea would be more dangerous if the child is more often secrete liquid stools.

Many people think that drinking liquids will create more dangerous diarrhea. That is not true. A child who has diarrhea should be given drinks, including breast milk, as often as possible. Drink plenty of fluids to help replace fluids lost during diarrhea. 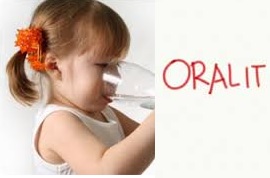 To avoid dehydration, give breast milk as often as possible. Children who are not breastfed should drink fluids every time discharge of liquid stools:
Drinks should be given in a clean bowl. Do not give drinks from the bottle because it is not easy to clean bottles completely and unclean bottles can contain germs that cause diarrhea. If the child vomits, the caregiver must wait up to 10 minutes and start again give drink slowly little by little. Children should be given extra liquids and also usual food and drink until the diarrhea stops.

A child's life is threatened when a lot of discharge liquid in one hour or their stools containing blood. Take it immediately to a health care provider. 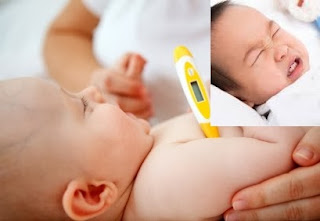 Parents should bring the child to the health care provider if the child:


If a child shows these signs, help health care provider are needed immediately, in addition to ORS solution should be given, other liquids, and zinc.

If the child discharge liquid stools up to several times in one hour and also vomiting, it means that there are signs of cholera. Cholera can kill children in just a few hours. Medical attention should be sought immediately in addition to the provision of ORS and zinc forwarded.

Because it spreads so quickly in the community through contaminated water or food, cholera generally occurs in environments that are too dense and poor environmental hygiene. The Four steps to avoid the spread of cholera or diarrhea:


Trained health workers, health care provider and also health posts need to provide correct information to the public about the risk of diarrhea and cholera as well as the steps that need to be done in case of diarrhea or cholera. 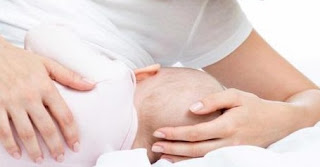 Breast milk is the best food and fluid for infants with diarrhea. In addition to containing high nutritional and clean also helps reduce disease and infection. A child who only breastfed in the first six months of life are less likely to diarrhea.

Breast milk prevents dehydration and malnutrition and helps replace lost fluids. Mothers often receive little advice to give breast milk only if a child with diarrhea. The advice was wrong, mothers should breastfeed more often than usual when the child had diarrhea. Father should give motivate to mothers who are breastfeeding by caring sick and healthy children and also the whole family as well as help with household work.

Vitamin A supplementation, especially for areas that are deficient of vitamin A is important as a measure of reduction in risk of diarrhea. Foods that contain vitamin A include breast milk, liver, fish, dairy products, orange, yellow fruits, vegetables especially green leaves.

Health workers provider must demonstrate to the mother, father or other caregiver how to give zinc tablets to children by dissolving it in breast milk squeezed, ORS, or water in a small cup or spoon. For children that are difficult to swallow give zinc syrup.

Children with diarrhea should still be fed as usual. When it recovered the child should be fed more to restore energy and nutrients lost due to illness.

Children with diarrhea had lost weight and easy to have malnutrition. The child need of food and fluids, including breast milk. Nutritious meals help children recover quickly.

Children with diarrhea usually vomiting and hard to eat. Breast milk should be given more frequently. If children aged six months or more, parents or caregivers should be more frequent feeding to the child in the form of soft or pureed foods are preferred by children. The food provided should be spiked with a little salt. Mushy food is better because it is easy to swallow and contain liquids.

Foods that are recommended for children with diarrhea is pureed green beans, fish or meat is cooked until tender, yogurt, and fruit. For taste food can be affixed 1-2 teaspoons of oil in porridge or vegetables. The food should always be fresh and ready to be given to the child five or six times per day.

If the diarrhea stops, extra food needed for recovery. Children need more food than usual, including breast milk, to restore the energy and nutrients lost during diarrhea. Children can not otherwise recovered from diarrhea if weight is not yet back to normal as before the illness.

Children with diarrhea should be given Oral Rehydration Solution (ORS)

and zinc medication every day for 10-14 days. Anti-diarrhea medication is usually ineffective and can be dangerous.

Diarrhea usually resolves itself after three or four days with rehydration or administration of fluids. Very hazardous in case of dehydration and malnutrition because of the amount of fluid that comes out of the child's body.

, or any medication unless prescribed by a doctor.

The best treatment of diarrhea are:

To prevent diarrhea, all faeces, including stool of infants and children should be thrown into toilet. For those who do not have toilet, feces should be buried. 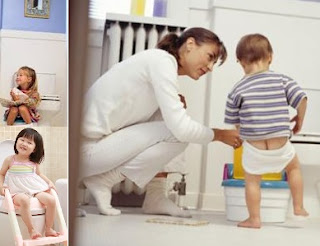 Children and adults can suffer from diarrhea when drinking water, food, hands, utensils eating contaminated by feces through insects and dust.

Flies that settle on faeces and then land on foods also cause bacteria that cause diarrhea. To repel flies and prevent the spread of bacteria:

All feces, including feces of infants and children, contain harmful bacteria. If children do not defecate in the toilet stool they must be cleaned and discharged to toilet or buried. After that washing hands with water and soap. Family members can help mothers clean up and dispose of feces.

If there are no toilet, the adults and children should defecate away from house, roads, water sources, or where children play. Furthermore stools covered with earth. Human or animals feces and excrement should not be near sources of water.

The people who do not have toilet should be considered to build toilet in cooperation together. Nevertheless, every household should have a toilet.

Clean living habits and potable drinking water can prevent diarrhea. Hands should be washed with soap and running water after defecation, contact with faeces, before touching and provide food for children.

Hands should always be washed with soap and water after : each bowel movement, helps the child in the toilet training, cleaning a child, discard of feces, and before feeding children, touching food or eating.

Small children often suck the fingers or mouth with their hands. Therefore, keep cleaning around the house and teach children wash their hands thoroughly and often, especially after defecation and before eating.