How Should People Think when Encounter Difficulties in Life?

by dimasmis 07:11 Post a Comment
People may face numerous difficulties for one full day. But whatever the difficulties, let them believe in God and think that "God tests us with something that we do and think about life in the world. This is a very important fact that should never be forgotten for an instant. Therefore, when it encountered difficulties in everything we do or think, so it is not working as it should, we should always remember that all of these difficulties have been confronted by God

for us to examine our deeds. "

s that come in mind of someone is applicable to all events, large or small, that he met throughout the day. For example, someone paying more accidentally as a result of misunderstanding or carelessness; a file that has been completed within hours by using a computer can be lost simply due to power outages; a student failed the university exam even though he has learned in earnest; someone was forced to spend the day waiting in the queue to get a job due to overly complex bureaucracy; missing documents may be an issue that causes a person's work is not known; someone missed the plane, or bus when it was about to go to a destination that must be attended as early as possible ... There are a lot of events that a person experiences in life which he considers is a difficulty or a "problem".

When experiencing all these events, the faithful people would think and remember that God tests the behavior and patience; so it does not make sense for people who are convinced that he would be die and accountable for his actions, behavior in the hereafter influenced by similar things and spend time with feelings of fear and worry about these things. They are understood that there is a goodness behind all these events. He never said "ouch" to any incident. They are prayed to God to facilitate the works and make everything as good.

When these difficulties have passed with the advent of convenience, he thought that this is the answer to his prayer to God, God listened and, then, to grant his prayers. In the end he was grateful to God. 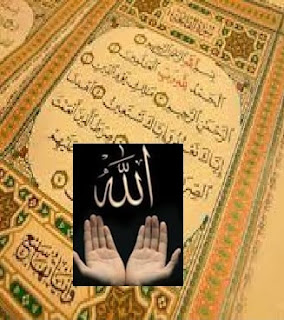 When it through the day with the principle of thinking like this, then someone will never give up hope, worry, regret or suffer to anything that happened. He knows that God has created all of this for a kindness and blessing. Not only that, he thinks that is so not only when the major events that happened to him, but also in all things complicated, big or small, which he encountered in everyday life.

Think about, there are people who do not have important unresolved affairs as he wills. Or a person who when almost achieving the goal, faced with a serious problem. These people suddenly became very upset, worried and depressed. In short word, he is filled with bad thoughts. Conversely, someone think that there is something good in all things, will try to find hidden meanings that God showed him through the event. He thought that maybe God has done this all to give him a warning to be more careful and serious in dealing with problems. Thus, he went back to make preparations more mature, and give thanks to God, saying "this may help prevent an even greater catastrophe". 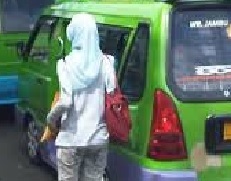 Someone who missed the bus when going to a place, thinking

: "possible delays and missed of the bus had saved me from accidents or other hazards". He thought again: "Probably many more similiar wisdoms hidden".

A lot similiar of examples that can be found in human life. The most important are the plans of someone should not always be accomplished in accordance with what he wants. Suddenly he may find himself in a situation very different from what he planned. In such conditions, a person whose personality and behave calmly and constantly seek the goodness of an event will get a fortune. This is because Allah says in the Qur’an: 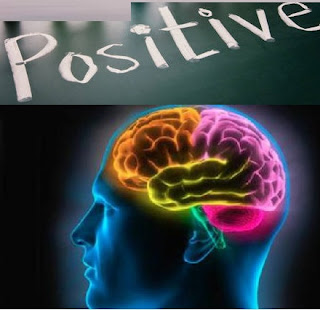 "Perhaps you hate something, when he is very good for you, and may be (too) you like something, but it is very bad for you; Allah knows, while you do not know." (Al-Baqarah, 2: 216)

As the word of God

above, we do not know, but God knows. Therefore, only God knows what is good and what is not good for us. Everything that afflict to people are simply so that people take God the Merciful and Most Merciful as a place to complain and ask for help, and surrender to God completely.