How Insects Spider Encourage a Person to Think?

of by someone who spent the day in the house. While cleaning the house

, he found a spider that knit nest in a corner of the house. If he is aware of the need to think of an animal that is often ignored this person, he will understand that the knowledge door has been opened for him. Small insect that is being witnessed was a miracle. Cobweb has perfect symmetry. He was amazed to tiny spider but has the ability to create a perfect design that is amazing. Afterwards he made a brief observation to get some other facts: the fiber used spider turns out 30% more flexible than rubber fibers with the same thickness. Fibers produced by spiders have such high quality that imitated by people in the manufacture of bulletproof jackets. It is remarkable, the cobwebs were considered modest by most humans, it is made of quality material on par with the industry's most ideal material in the world.

When someone witnessing the perfect design in living things around, people constantly think up and then drive to find more amazing facts. When observing a fly that any time he met but have never noticed or even feel very disturbed and wanted to kill people, he saw that the insect has a habit of cleaning themselves up to the smallest parts from their body though. The Flies are often settled in a place and cleaning thier hands and feet separately. After that these flies cleaning the dust on the wings and head with their hands and feet thoroughly. These flies continued to do so until confident of cleanliness. All the flies and insects cleanse their bodies in the same way: with care and precision to the small things though. It showed only one Creator who teach them how to clean themselves. 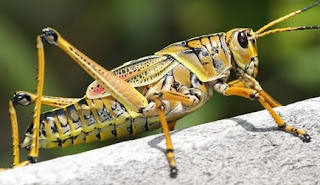 When flying, fly flap its wings about 500 times every second. Though neither people-made machines capable of having this incredible speed. Even if there is, the engine will be destroyed and on fire due to friction. However wing, muscles or joints of these flies are not damaged. Flies can fly to everywhere without being influenced by the wind direction and speed. With the most advanced technology though, people are still not able to make a machine that has the technical specifications and outstanding fly as flies. That is, living things that tend to be underestimated and not too got the attention of human, can do the work that could not done by human. No doubt, it is impossible to claim that a fly doing this solely because of the ability and intelligence he has. All the special characteristics of the fly is the ability that God gave to them. 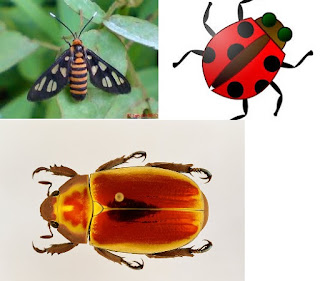 Everything is visible at a glance by human turns in which there are lives, whether visible or not. Not one square centimeter on this earth in which there is contained life. Humans, plants and animals are creatures capable of being viewed by humans. However, there are other creatures that are not visible to humans but humans are aware of its existence. Eg house that we inhabited were full of microscopic creatures called "mites". Similarly, the air that he was breathing, in which an infinite number of viruses, or garden soil containing bacteria very much.

Someone who muses about the incredible diversity of life on earth, will know the perfection of these creatures. Every creature that people saw was the sign of the majesty of God's creation works of art, as well as with extraordinary wonders hidden in these microscopic creatures. Viruses, bacteria or mites are not visible with naked eye, has a unique body mechanism. Habitat, how to eat, reproductive system and their defense are all created by God. Someone who thought deeply about this phenomenon remembered Allah

"And how many animals that do not (can) carry (take care of) sustenance themselves. Allah who gives sustenance to him and to you, and He is the Hearing, the Knowing." (Al-Ankabuut, 29: 60)