What should be known about Diarrhea

Diarrhea caused by bacteria are ingested, mainly from human waste (feces). This occurs because of unsafe excreta disposal, lack of cleanliness and lack of clean drinking water supplies for children who are not breast-fed.

Children who were breastfed exclusively in the first six months and immunized on time less frequently with diarrhea.

Children with diarrhea should be given plenty of fluids and food in addition to a special solution called Oral Rehydration Solution (ORS) and zinc to reduce the gravity of the disease.

Families and communities with the support of government and private sector to increase public awareness by providing information on: 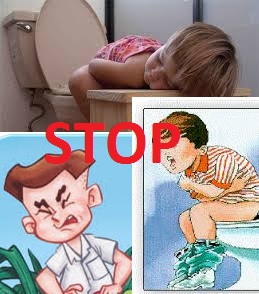 If every person to cooperate in the prevention of diarrhea, the child's right to life, survival and health and development will be better.