-->
Home/ Healthy Science/Knowledge Alone is Not Enough to Change Behavior

Knowledge Alone is Not Enough to Change Behavior

dimasmis
Tuesday, June 16, 2015
Facebook Twitter
Often assumed if the given information, products such as vaccines or hand pump or services such as health or education, they will adopt healthier behaviors. However, information, products, and services are often not sufficient to guarantee the adoption of new behaviors. It is important to provide more than just information. Healthy Living guides should be used in consultation with children, families, communities, and social networking. Their participation is vital to influencing behavioral change and social support of children's rights.

Healthy Living guide use as a tool in communication and development interventions include:

As individuals, we change our behavior through various stages. These stages include: 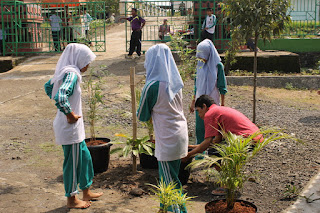 First, we must realize that certain behavior may not be healthy for us or for our children. Later we learned that there are other choices or alternative behaviors. After that we decided to try out new behaviors. If we are satisfied and the new behavior is advantageous then we will do it again. Eventually maybe we'll adopt it. After that we may be promoting it to others, encouraging them to adopt it as well.

Learning a new behavior to follow a cycle that begins with awareness, experimentation and repetition. For example, a father may be persuaded by a local religious leaders for their child to sleep by using insecticide-treated mosquito nets. Then he realized that the bed nets to prevent mosquito bites, so that children avoid malaria. Later he became an advocate for sleep in insecticide-treated nets, and share experiences to friends and encourage them to use the nets as well.

Sometimes people who seem to have adopted the new behavior can be refused and returned to his old behavior. For example, a father who had previously been promoting the use of insecticide-treated nets, are now beginning to think that it is very troublesome, until finally he and his family decided to stop using the nets.

Actually, back to the old behavior can harm the health of his family. To ensure the sustainability of new behaviors that benefit the child and his family needed communication strategy and sustainable development. This includes using a variety of messages and methods = to support sustainable change so that people and families still adopting behavioral changes.

The new behavior will gradually be adopted also by all citizens so that for example at the end of each family will use insecticide-treated nets.
Facebook Twitter