by dimasmis 06:04 Post a Comment
An HIV-infected mothers are at risk of transmitting the infection to her child through breastfeeding. Infants aged 0-6 months has a much greater risk if given breast milk, other liquids and foods, compared with babies given only breast milk alone. It is therefore recommended, infants receive only breast milk during the first 6 months, unless the provision of breast milk substitutes (formula) is seen as acceptable, feasible, affordable, sustainable and safe.

HIV testing, treatment, counseling pregnant women and new mothers who suspected they were infected with HIV should consult a trained health workers on how to reduce the risk of passing to her baby during pregnancy, childbirth or breastfeeding. They also had to get consultation and support on how to get treatment and care for themselves.

Trained health workers can provide information about antiretroviral therapy (ART), which is one type of a group of drugs for those infected with HIV to HIV-positive mothers. HAART can reduce the risk of transfer of HIV from mother to child while still maintaining the health of the mother. All health workers should know if HIV testing and antiretroviral therapy is available or not at the local health center or hospital. Health workers should provide information about these and other various types of services related to the matter to pregnant women and new mothers.

Learn a variety of risks and choose which ones to do.

A mother who turned out to be HIV positive, should be given counseling and complete information to help it decide a wide selection of the best food for the baby and the most he could do. HIV positive mothers should know that: 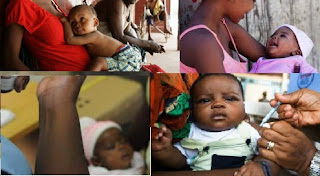 Feed the baby with breast milk substitutes (formula) should take into account, some of the things that is, acceptable, affordable, feasible, sustainable, and safe for both mother and child. If all these conditions are met, the baby can be fed only with breast milk substitutes, during the first six months, without the need for additional food or breast milk itself. This will eliminate the risk of transmitting HIV to their infants through breastfeeding.

During counseling, pregnant women or new mothers who are infected with HIV, can be helped to determine whether she will be able to provide food that is safe and nutritious enough without having to give milk. This study is not enough to do one time only, for example, before the baby is born, but also carried out during the period of breastfeeding with the support of trained health workers.

Mothers who believe could provide a milk substitute with sufficient quality, accurate, and hygienic and prepared using clean water, he can stop breast-feeding her and immediately start using breast milk substitutes.

Trained health workers should provide information to mothers and fathers, about the safety instructions and practice how to prepare a clean milk substitute.

A new mother who does not know her HIV status, must give their babies breast milk exclusively for the first 6 months. Continued breastfeeding until the baby is two years old or more while still giving other nutritious foods and beverages. Children who are already infected with HIV must still be given breast milk so that they can get the benefits of breastfeeding.