dimasmis
Sunday, June 21, 2015
Facebook Twitter
Breast milk is the best food and drink for babies aged 0-6 months. No need of food and other drinks, even water is not needed by the baby during this period. Breast milk is the best food for baby and young children containing white blood cells, proteins and antibodies suitable for babies. Breastfeeding baby at age 0-6 months helps the growth and development of children in an optimal and protect against disease. Breast milk contains the perfect balance of nutrition for babies, in contrast with formula, powdered milk or animal milk.

Baby at aged 0-6 months does not require water or other foods (such as tea water, juice, sugar water, wine, rice water, other milk, or porridge), even though being in hot climates though, breast milk is considered to meet all baby needs.

Breast milk is easy to digest baby. Unlike the formula derived from the milk of animals that are slower and more digestible. Compared with formula milk. Breast milk can protect babies from various diseases, because breast milk contains antibodies for immune children. These antibodies are not present in other types of milk.

Giving fluids and other foods besides breast milk to baby aged 0-6 months, will increase the risk of diarrhea and other diseases. Water and other liquids or foods may be contaminated, which in turn can cause diarrhea. 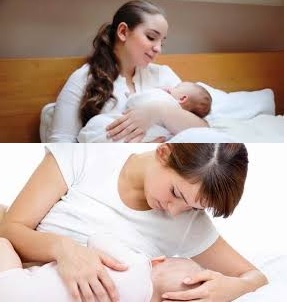 Babies who were given a drink or other liquids or foods at the age of 0-6 months, will disrupt the feeding process that will reduce the production of breast milk itself. If baby at aged 0-6 months of breastfeeding, and periodic weighing results do not show good growth then:


Therefore, mothers need instructions on how to reduce and eliminate the habit of drinking other fluids and seek to improve the habit of giving only breast milk alone.

Thus it can happen possibility (less than 2%) that a woman can become pregnant before returning her menstrual period. This possibility is greater occurs mainly 6 months after the mother.
Facebook Twitter