Delusion that’s not useful in Islam

dimasmis
Saturday, May 16, 2015
Facebook Twitter
Definition of Delusion is a form of prayer, which became the beginning of the shadowing process to reach a state that we expect in the future. Delusion in a simple definition is inability to control the mind in the right direction would result in a person often feels worried or experiencing events that actually has not happened as if it had happened to thier body, and dragged into sadness, worries and fears.

For example, parents who have children that studying for exams sometimes create a scenario in his mind before the exam takes place: What would be happen if their child does not pass the exam? If the children did not get a decent job in the future, get sufficient income, then he can not get married. Even if he was married, how he can finance his wedding? If he does not pass the test, all the money spent for the preparation of these exams will be wasted. In addition, he will be humiliated in the eyes of the people. Moreover, if the boys were close friends is pass the exam and of his own son turns fail.

These delusion continued to grow, even though his son has not administer the exam. Someone who is far from religion to be easily carried away by similar vain delusion throughout his life. It is certainly has the reason. Qur'an mentions that the causes of man shackled by fantasy or delusion or wishful thinking empty is because they let their ears prompted by the devil:

Allah said on the Qur’an: 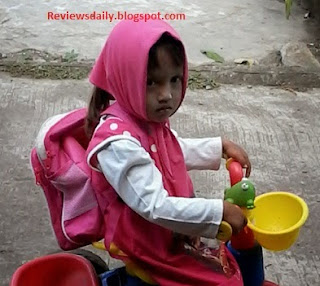 As set forth in the paragraph above, they were carried away by delusion, will forget God, do not think, and always receive the whisperings of Satan. In other words, if someone were deceived by the life of the world do not use the power of their determination, do not act consciously and try to leave such circumstances, it will be in full control of the devil. One of the satan jobs that should be known is always raises doubts and delusion in humans. Therefore, any delusion, feelings of hopelessness and fears such as: "What would I do if it would happen that way" formed in the mind of a person due to the whisperings of Satan or devils.

God has provided a way out of this bad situation. In the Qur'an, when the evil intentions of Satan surrounds man, they are encouraged to ask for protection of Allah and remember Allah:

In the Qur’an, Allah said:

Meaning: Surely those who guard (against evil), when a visitation from the Shaitan afflicts them they become mindful, then lo! they see. And their brethren increase them in error, then they cease not. (QS. Al-A'raf: 201-202)

That's some delusion examples that are useless for thought and imagined. Let us think and delusion things that are positive and constructive for our lives.
Facebook Twitter