Causes of Apostasy that Deplete Aqeedah

dimasmis
Friday, April 10, 2015
Facebook Twitter
In Islam, things that can cancel a person of Islam or called an apostasy can be four main things. That is apostasy because the word, apostasy caused by works, apostate because of the belief and can also apostasy or cancellation of Islamic from someone because of doubt. This four cases that can causes damage a person's beliefs or cancel Aqeedah from someone, so they are out of Islam.

"Whoever changes his religion (after he converted to Islam) then kill him" (Hadith narrated by Bukhari).

One of the causes of out of Islam or apostasy is from the words of which are berate, curse of Allah and the Prophet Muhammad or suggestive word shame on Allah. 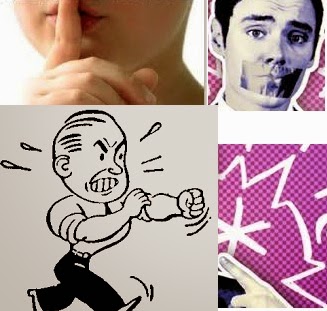 For example the words: God miser, God has done tyrannical, God does not know the particular problems, God's power does not do certain things, God stingy, God was not able to do in some cases, make fun of, vilify with bad traits and not worth it, do not believe in either God's nature or even remove one of the attributes of God and the words of shame like the rest to Allah everything is a word that can make an apostate from Islam.

The things such like this is called apostasy because words or known as riddah qouliyyah.

The other example of the word that cause of apostasy that is: say that Allah. Doen not obligation prayer. In accordance with the agreement of all Muslims, anyone who says God does not require prayer unless he does not know, he's stupid and far from the Muslims, then he should and must be taught, if he is not stupid, he knows it and clung to his words, then he is a disbeliever or opostasy.

Apostasy due to Deeds.

"The Limit that limitation between us (Muslims) and they (the disbelievers) is prayer, so whoever left it then indeed he is a disbeliever. (HR. Ahmad, Tirmidhi, Nasa'i, and Ibn Majah saheeh sanad)

Also the word of the Prophet .: Between man and apostasy and polytheism is leave prayers. (HR. Muslim)

The other example of  apostasy due to acts included are humiliating or insulting of Al-Quran, stomp, deliberately pollute with the unclean, or stepped on, then with this action and behavior so then they have apostasy from Islam.

Actions related to the grave

Including apostasy because the act is to pray and ask for help and vow because occupants grave.

As someone who did tawaf above the grave with the intention to pray to Allah, the law is heresy (ie deed is done not by the example that has been set, including reducing or adding provisions). Such things are not included in riddah, as long as he does not aim for taqarrub or closer to the inhabitants of the grave but he did it with the intention for taqarrub to Allah. due to ignorance of them.

Slaughter to other than Allah.

Person's deeds that can cancel from islamic religion include slaughtering animals such as cows, chickens, buffalo, camel with a purpose to other than Allah., To taqarrub to other than Allah. The objective of slaughter is to taqarrub to the inhabitants of the grave, for the genie, stars or other things besides Allah. Thus, the act such as like that, then they have taken legal of carcass. Thus they have done a great deed or big kufr.