-->
Home/ Religious Islam/Thinking In Depth and Find the Truth

Thinking In Depth and Find the Truth

dimasmis
Thursday, March 12, 2015
Facebook Twitter
Many people believe that to "think deeply", someone needs to hold the head in her hands, and alone in a quiet room, away from the crowds and all matters there. Indeed, they have been considered that"deep thinking" as something burdensome and troublesome. They concluded that this job is just to the "philosophers".

In fact, God requires people to think deeply or brooding. Allah says that the Qur'an was revealed to man to be thinked or ponder:

Allah says in the al-Qur’an :

"This is a book which We have sent down to you, full of blessings that they may regard (contemplate) the verses and so learned people who have a mind" (Sad, 38: 29).

The emphasis here is that everyone should try to be sincere every effort to improve the capability and depth of thought. 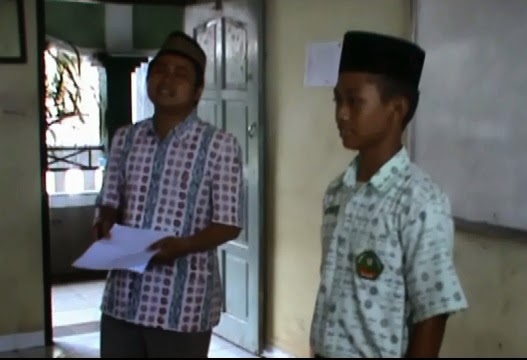 Conversely, those who do not want to try to think deeply will constantly live in a very negligence. The word of negligence implies indifference (but not forgotten), left in error, ignored, in carelessness. Human negligence do not think is a result of intentional forgetting or ignoring their goals of self-creation and the truth of religion. This is a very dangerous way of life that can deliver a person to hell. In this regard, Allah warns people that are not included in the group of people who neglect. Allah says :

Meanig : And remember your Lord within yourself humbly and fearing and in a voice not loud in the morning and the evening and be not of the heedless ones. (Al-A'raf, 7: 205)

Meaning : And warn them of the day of intense regret, when the matter shall have been decided; and they are (now) in negligence and they do not believe. (Maryam, 19: 39)

In the Qur'an, Allah says about those who think consciously, then contemplate and is ultimately up to the truth that makes them fear Allah. Instead, God also explain that those who follow their predecessors blind imitation without thinking, or just follow the existing customs, are in error. When asked, the imitators who do not want to think will answer that they are the people who run the religion and faith in God. But because it does not think, they just do worship and life activities without the fear of God. The mentality of this group as described in the Qur'an:

Meaning : Say: Whose is the earth, and whoever is therein, if you know?. They will say: Allah´s. Say: Will you not then mind?. Say: Who is the Lord of the seven heavens and the Lord of the mighty dominion?. They will say: (This is) Allah´s. Say: Will you not then guard (against evil)?. Say: Who is it in Whose hand is the kingdom of all things and Who gives succor, but against Him Succor is not given, if you do but know?. They will say: (This is) Allah´s. Say: From whence are you then deceived?. Nay! We have brought to them the truth, and most surely they are liars. (Al Mu'minuun, 23: 84-90)
Facebook Twitter