How Should Muslim People Think

dimasmis
Tuesday, February 3, 2015
Facebook Twitter
Have you ever think that you did not exist before birth to this world; and you have been created from an absence?. Have you ever think how flowers every day you see in the living room, which grew from the black soil, it has a sweet aroma and colorful?

Have you ever think of a mosquito, which is very annoying when they are fly around you, flapping its wings with such a high speed that we are not able to see it? Have you ever think that the outer layer of fruits such as bananas, watermelons, melons and oranges serve as wrappings of highly qualified, which wraps flesh such that the flavor and fragrance to stay awake?

Have you ever think that the earthquake may come suddenly when you're sleeping, which destroys your home, office and your city to the ground so that within a few seconds, you also lose everything you have in this world?

If so, have you think about why humans so captivated by the life of the world that they will soon leave and that they should make it as a place to work hard to achieve happiness in the afterlife?

Human beings are equipped God means thinking. But unfortunately, most of them do not use this very important tool as it should. In fact some people almost never think. 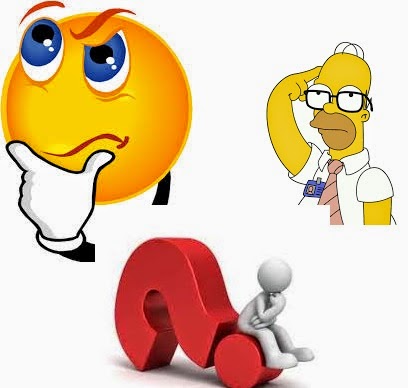 Actually, everyone has a level thinking skills that often was not aware of it by him self. When starting to use of thinking skills, facts which until now was not able to foresee, slowly began to open in front of him. More deeper he think, the more of capacity to think and this is likely to apply for everyone. It must be realized that each person has a need for think and use their minds as much as possible.

Therefore, moslem people should to as it should be, and directing them to think properly. Someone who does not think you are very far from the truth and live a life that is full of falsehood and error. As a result they will not know the purpose of the creation of the word, and the meaning of their existence in the world. In fact, God has created everything for a purpose as statement in the Qur'an:

What! did you then think that We had created you in vain and that you shall not be returned to Us? Al-Mu'minuun, 23: 115

Therefore, the very first time obliged to think deeply by everyone is the purpose of creation human beings, then everything that he saw in the natural surroundings as well as any events that he encountered during his life. Humans are not thinking about it, just be aware of the facts after he died. That is when he was accountable for all his deeds in front od God; but unfortunately it was too late. Allah says in the Qur'an that on the day of judgment, each person will think and see the truth or the reality.

And hell is made to appear on that day. On that day shall man be mindful, and what shall being mindful (then) avail him?. He shall say: O! would that I had sent before for (this) my life!. Al-Fajr, 89: 23-24

Do they not reflect within themselves: Allah did not create the heavens and the earth and what is between them two but with truth, and (for) an appointed term? And most surely most of the people are deniers of the meeting of their Lord. Ar-Rum, 30: 8

Though God has given us the opportunity to live in the world. Thinking or pondering to then draw conclusions or lessons from what we contemplate to understand the truth, will produce something of value for the life in the hereafter or day of judgment. For this reason, God requires that all human beings, through the prophets and His Books, to think and reflect on their own creation and the universe.
Facebook Twitter