What is True Love in Islam?

dimasmis
Monday, January 26, 2015
Facebook Twitter
In Islam the true sense of love in Islam is love that brings to heaven. What are the real or true love that taught in Islamic religion? These following are descriptions from the Qur'aan and Hadith of the Prophet's about the true love. That is the love that leads to heaven.

The first love is love with Allah

Allah God is the creator of the entire universe. It is fitting and should we as his servant and His creation are required to love and obey the truth abiding that with piety in truth. With love to Allah, and follow commands and prohibitions away, then Allah will love you and forgive the sins. With the beloved of God the creator and His forgiveness, God willing, will be able to reach heaven.

Say: If you love Allah, then follow me, Allah will love you and forgive you your faults, and Allah is Forgiving, MercifuL Say: Obey Allah and the Messenger; but if they turn back, then surely Allah does not love the unbelievers. Ali-Imran 31-32

Love with the Prophet Mjuhammad 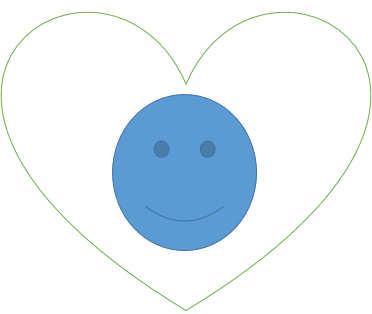 Described in the hadith that actually for anyone who is loving to Allah. and Prophet Muhammad, then they will get the sweetness of faith and be saved from Hell. As word of the Prophet:

Narrated by Anas he said: The Prophet said: There are three things that whoever practice it, then he will be able to find the sweetness of faith, that is, those who are more love to God and His messenger than to love with others, love others because Allah , do not like to go back to kufr (after God saved him) as he does not like to be thrown into hell. (Bukhari, Muslim, Tirmidhi, Nasa'i, Ahmad)

Also, explanation from another hadith narrated by Anas bin Malik, he said: The Prophet said: A servant is not called faith before I was more beloved than his family, his property and everyone. (Bukhari, Muslim, Nasa'i, Ibn Majah, Ahmad, Ad Darami)

Indeed heaven is under mother's feet (the parents). Filial to parents either father or mother is a child's obligation to his parents and the deeds of the most noble. One way of filial to parents is to love him because Allah.

Indeed, in Islam, there are obligations and rights among Muslims that one with another Muslim. In terms of love among others, both family or brothers, the Messenger of Allah. explained in the hadith that a believer will not be called faith when they do not love his brother as love itself.

Hadith narrated by Anas bin Malik, he said: The Prophet said: One of you is not called faith before he loves his brother (or he said: neighbors) as loving yourself. (Bukhari, Muslim, Tirmidhi, Nasa'i, Ibn Majah, Ahmad, Ad Darami)

Another hadith is also narrated by Nukman bin Bashir he said: The mesenger of Allah he said: The parable of the believers in the case of mutual affection love, love each other is like one body, when one of its members fall ill, the other members of the body will to feel sleeplessness and fever. (Bukhari, Muslim, Ahmad)

Thus, to get the love of God, should we implement what the guidance of Islam. In a hadith narrated by Abu Hurairah. he said: the Prophet said:

These four forms of love on above is a teaching and also the command of Allah and the Prophet. implement the teachings and commands of Allah and stay away from anything that is forbidden is a form of real piety. Thus, insya Allah,  we'll get affection and love from Allah and also the love from the Prophet that can take us to heaven. Amen
Facebook Twitter