The Position Of Keep Promise In Islam

dimasmis
Wednesday, January 14, 2015
Facebook Twitter
In Islam, perform or keep appointments either large or small things matter and matter or the appointment not relating to immoral, evil or complaint is a matter which is demanded of her responsibilities to every Moslem. This is as described in the evidence for the word of God Almighty. In the Quran which reads:

The word of God in the Quran:

Meaning: and fill the promise; Indeed, the promise of it certainly prompted his coverage. (Al-Isra ': 34)

From the description above, paragraph tells us as the servant of God status argument to keep that promise if the promise and let those who have promised to always keep his promise fulfilled or were at the time or the time and date that they promised. So it should be promises kept and promises were fulfilled in time and dates that have been approved, though there are various impediments but still must keep the promises that have been made.

Firmness in keeping our promises, runs the mandate is a symbol of perfection of the personality of the true moslem, good and acceptable as well as an increase in marks an achievement. But if there is something that cannot be avoided, then the appointment should be cancelled or changed the date and time that the party that promised not looking forward. If we can't ensure anything thing or things for sure then let say the word inshallah

The position of keep on the promise of Islamic jurisprudence 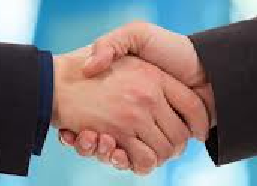 Any Muslims who have made a pledge, the law is obliged to fulfil or keep his promise. If there is something else that cannot be circumvented or any at all, then the promise made to be suspended in time and actually dated or cancelled etc that have been described above.

People who don't keep their promise is a person is a feature of the hypocrites, as evidence the hadeeth of the Messenger of Allah Muhammad's words: the sign of the hypocrites there are three things which are in talk he lied, if promised he might promise and when given a mandate he betrayed. (Narrated by Al-bukhaari and Muslim).

Such a description in verses of the Koran and the Hadith of the Prophet propositions. that promise has an important position for Muslims as people who are not hypocritical, and responsible. So that the value and dignity of Muslims is located on its responsibility in settling in the promise, then it should be in an important promise for a moslem to remember promises he has made and then perform or fulfill the promise made in accordance with the date and time agreed upon.

From a social point of view, if someone promised me and the implementation is often not kept this promise, then it can have an impact on decreasing until other people's loss of confidence against a person. So it can be considered as being hypocritical and irresponsible.

The Prophet Muhammad is the Messenger of Allah really cling to the promise that he made and he even despised him not to await the promised party was coming to meet him. Here is a story about the firmness he narrated in a Hadith from Abdullah bin Abi al Hamsa ra. said:

I've made a pact with the Prophet. before he became an apostle, to sell something goods, after there is a tray which cannot be resolved at that time and I promise to come in and finish it on somewhere, then I forget the Covenant that had been made with him. And after three days I just remembered. then I went to the venue. Suddenly I see the Prophet. has anyone in the place, then he said: o young men! Behold, you have bothering me, I've been expecting you and been here since three days ago. (Narrated By Abu Dawood)

From the Hadith description explains that the Messenger is very strict and not underestimate the appointment so that he could wait for up to three days in a row. Why things keep this appointment is so important for the Messenger?

In Islamic jurisprudence, appointment is a responsibility of the position as a mandate to be promises kept and fulfilled between two people who are already agreed upon in the promised, after the appointment has been approved by both parties, then when they reneged on the agreement that has been approved together means they have ignored the mandate. So that the person's position in islam is hypocritical, as has been explained in the Hadith of the Prophet above.

So great consequence and the position of the promise in Islamic jurisprudence and in the life of society. That's so be careful when making an appointment, then it should keep that in mind and keep the promise. However, if in doubt and cannot be fulfilled or fulfilled the promise, do not ever make a promise, as any mandatory appointment to keep. A promise is a heavy, will be subject to accountability and if not can stick with will be referred to as being hypocritical.
Facebook Twitter