The Meaning of True Happiness in Islam

True happiness cannot be measured by a person's number of property or wealth, status or social rank in civic and or all the luxuries that are owned by someone. The real happiness or joy that true or essential to it lies in a person's sobriety.

There have been many wealthy people with their wealth, but wealth at their disposal couldn't make their hearts become serene, but on the contrary, it is precisely the treasures they collect making them neglected, forgotten and busy to continually pursue the shortcomings, this is because any material possessions and wealth they have still just they think still less is less.

This has been explained by God in his word that reads:

Meaning : Abundance diverts you, Until you come to the graves (.at-Takathur: 1-2)

The source of true happiness is tranquility or peace of the soul is a gift from God Almighty. that is very valuable. Everyone would want it, but only a few people who get it. This is because a lot of people forget, forget the essence of its creator, the giver of happiness, and forget about the creator's essence of tranquility in the soul or the actual heart.

God tells us in his word:

Meaning : He it is Who sent down tranquillity into the hearts of the believers that they might have more of faith added to their faith-- and Allah´s are the hosts of the heavens and the earth, and Allah is Knowing, Wise--. Al-Fath: 4 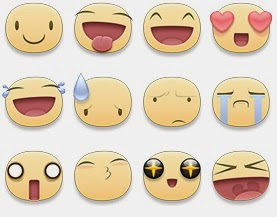 s the army of heaven and Earth is a helper that was made a God to the believers such as angels, animals, a gale of wind, and others,

Explanation of the word of God Almighty. Of the above, it can be concluded that: a person who wants happiness, want to have a peaceful heart and soul, but forgot to the Creator, then all these desires are just a mere futile.

Therefore, to search for and then get real happiness is by means of:


Allah is the essence of the giver of peace to whoever wills. As the word of God Almighty. the others:

Meaning : And those who disbelieve say: Why is not a sign sent down upon him by his Lord? Say: Surely Allah makes him who will go astray, and guides to Himself those who turn (to Him). AR-Ra'd: 27 am

Meaning : And whoever obeys Allah and the Messenger, these are with those upon whom Allah has bestowed favors from among the prophets and the truthful and the martyrs and the good, and a goodly company are they!. This is grace from Allah, and sufficient is Allah as the Knower. An-Nisa’ : 69-70

That's the promises of God to his servants, elected, then they will get the grace and true happiness to those who obey God and his apostle. Promises is not intended for people who are rebellious to God Almighty. need to be reminded again that luxury, position, title and all the grandeur that exists in this world is just a mere pseudo and there will not be a lasting and will definitely be destroyed and damaged.

Life in this world is just a mere trajectory which is means in seeking for a journey to the afterlife. And the best of the provision is to afford pious

Meaning : O my people! this life of the world is only a (passing) enjoyment, and surely the hereafter is the abode to settle. Ghafir : 39

The evidence for the Hadith of Prophet Muhammad the Prophet. said:

It means: To do the world for me. I'm not in this world but rather like people who go driving briefly take shelter under a tree, then off again and leave. " (Narrated By Tirmidhi)

For us to realize that the life of this world is but a pseudo and only temporary and life hereafter later is eternal life and eternal. To that end, it should be we are trying hard to find a provision for the preparation to the journey to the afterlife of eternal and timeless. Nor will the life of this world with all its grandeur and opulence, was derailed and deceive all of us so that we become lost to the eternal afterlife. Let us attempt to achieve true happiness are essential i.e. sobriety.
Facebook Twitter