How do i to create a documents into two, three, or even more than 4 columns using Microsoft Office Word?

This is following article just only share and to remember again, how to make and create typewriting on microsoft word into two or more columns are the same width or with varying widths on the each columns.

Well, direct to the topic how to make or create a Microsoft word document into two or three or more columns: 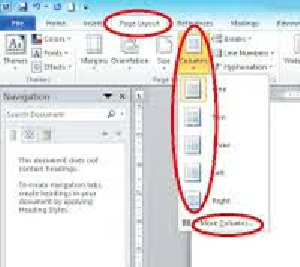 On the option, there are more than two options that is :
If you want the form of column in other formats, on the picture window above, you can click the button More Columns. So it will appear window option of the other columns form. As shown in the picture below: 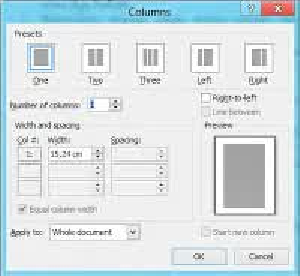 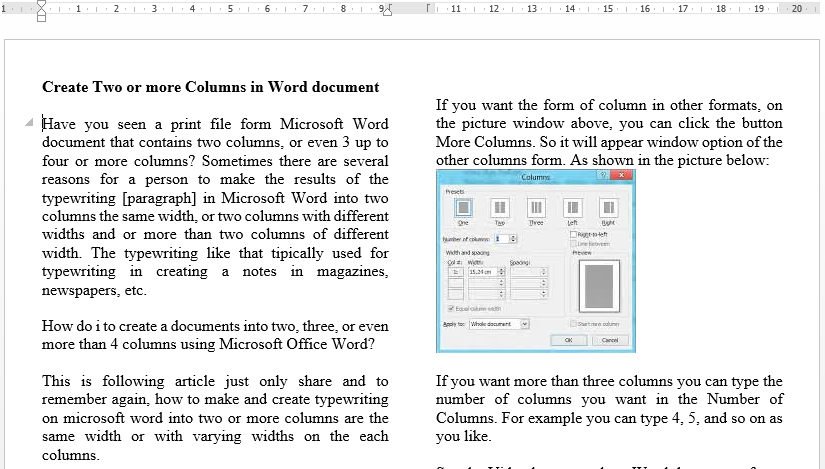 You can setting up the width of each column using manual method through ruler to drag ruler according to the width that you want in each column.
Facebook Twitter